The controversial ban, which was allowed to go forward by the U.S. Supreme Court this week, will restrict entry of immigrants from Chad, Iran, Libya, North Korea, Syria, Somalia, Venezuela, and Yemen with restrictions being "tailored to each country."

The U.S. State Department announced the implementation of the travel ban Friday, saying all countries should be held responsible to "prevent terrorist attacks, transnational crime, and immigration fraud."

"National security is our top priority in visa operations," the State Department said. "Our embassies and consulates around the world are fully implementing [the ban] to protect the American people, now that U.S. Supreme Court orders permit us to do that and based on extensive guidance provided to them by the Department."

"These restrictions follow an extensive review and engagement with countries around the world involving an assessment of whether countries met certain information sharing criteria."

The department said it would not revoke any existing visas, and that the new restrictions were not intended to be permanent.

Monday, Attorney General Jeff Sessions celebrated the Supreme Court ruling, calling it a "substantial victory for the safety and security of the American people."

The ban being implemented is the third version of Trump's order. The previous two were blocked in federal court. 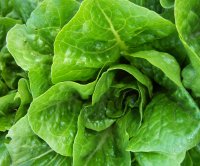 U.S. News // 42 minutes ago
Walmart to add vertically farmed produce in West Coast stores later this year
Jan. 25 (UPI) -- Walmart announced Tuesday that it's made an investment in vertical farming company Plenty and plans to carry products from the startup in stores on the West Coast later this year. 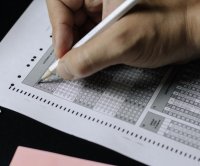