President Donald Trump visited the Capitol to rally support for the House bill.

Speaker of the House Paul Ryan R-Wis., speaks during a press conference with Republican House Leadership after the chamber passed the Tax Cuts and Jobs act on Thursday. Photo by Pete Marovich/UPI | License Photo

President Donald Trump and Vice President Mike Pence leave the U.S. Capitol Thursday after meeting with members of the House on the vote for the GOP tax reform bill. Photo by Jim Lo Scalzo/UPI | License Photo

President Donald Trump waves as he arrives at the United States Capitol on Thursday. Photo by Pete Marovich/UPI | License Photo

Protesters participate in a rally on Capitol Hill against the Republican tax reform plan on Wednesday. Photo by Kevin Dietsch/UPI | License Photo

Nov. 16 (UPI) -- The U.S. House of Representatives on Thursday approved its version of a sweeping tax overhaul package -- clearing a key hurdle in Congress as Senate Republicans battle to find a version to advance one of President Donald Trump's chief goals.

Thirteen Republicans voted against the bill -- 10 shy of the number needed to derail it. All Democrats opposed it.

Wednesday, several House Republicans indicated they would vote it down -- mostly moderates from high-tax states.

The Senate's version, which is undergoing markup this week, has been far more contentious because it contains a provision to de-penalize the federal requirement that uninsured Americans buy health insurance coverage under the Affordable Care Act.

Trump and Republicans have been trying for months to dismantle the ACA. This week, the Senate finance committee attached the issue to its tax reform package -- which would remove the financial penalty for not buying ACA coverage, a provision government analysts say would save more than $330 billion over the next 10 years. The Senate bill aims to use those savings to pay for other tax cuts.

Wednesday, Sen. Ron Johnson of Wisconsin became the first Republican in the upper chamber to publicly oppose its present version of the bill -- saying he's concerned the corporate tax rate will fall to 20 percent, while the top pass-through rate won't see much of a drop. Sen. Susan Collins of Maine has expressed concern for including the ACA provision in the proposal.

Analysts project that cutting out the mandate -- which ensures sufficient ACA participation to bring down overall costs -- would result in an initial premium hike of about 10 percent.

Senate Minority Leader Chuck Schumer said Wednesday that by including the mandate, the chamber's tax plan does not work for middle-class Americans.

"[The bill] raises premiums on average Americans healthcare by 10% so they can give the wealthy a tax cut. Sound familiar?" he said on Twitter. "Remember Trumpcare?"

RELATED CBO: Repealing ACA's individual mandate would save $338B

Senators on the finance committee rigorously debated the ACA mandate in the bill Wednesday night and chair Orrin Hatch, R-Utah, said markup could last into Friday.

U.S. News // 29 minutes ago
Gallup: Almost 70% in U.S. say COVID-19/viruses are most urgent health issues
Dec. 4 (UPI) -- An overwhelming majority of Americans say COVID-19 and viruses in general are the chief health concerns right now in the United States, according to a Gallup survey Friday. 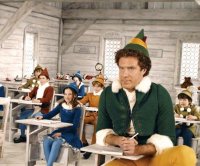 U.S. News // 5 hours ago
Biden to call for 100 days of masking, taps Dr. Fauci as chief medical adviser
Dec. 4 (UPI) -- President-elect Joe Biden said he will ask Americans on his first day in office to wear a mask for 100 days in order to stymie the spread of the coronavirus.

U.S. News // 7 hours ago
U.S. sanctions Iran-linked group over chemical weapons
Dec. 3 (UPI) -- The Trump administration on Thursday sanctioned an Iranian chemical engineering and research group along with its director over accusations of participating in Tehran's chemical weapons program.