Oct. 30 (UPI) -- The chairman of the Federal Communications Commission has proposed a budget cap on a program that gives subsidies to poor families so they can afford telephone and Internet service.

In a proposal document released last week, FCC head Ajit Pai proposed putting a cap on the Lifeline program -- a 32-year-old subsidy program to help Americans at or near the federal poverty line get telephone and, since last year, Internet access.

Pai, a Republican who took the mantle of the FCC under President Donald Trump, said that past policies that extended the budget for Lifeline should be discarded in favor of a tighter approach.

"In the 2016 Lifeline Order, the Commission implemented a budget process for the Lifeline program. This budget approach, however, does not include any mechanism that automatically curtails disbursements beyond the budget amount absent further action by the Commission," Pai said.

He continued: "We propose to adopt a self-enforcing budget mechanism to ensure that Lifeline disbursements are kept at a responsible level and to prevent undue burdens on the ratepayers who contribute to the program."

The Lifeline program gives qualifying households a $9.25 per month subsidy to soften the cost of Internet and mobile broadband fees. Under the proposal, once the self-enforced cap is reached, others who qualify for Lifeline will not be able to receive assistance, reported Ars Technica.

The proposal will next ask for public feedback. A final vote is not expected until early next year.

Mignon Clyburn, one of two Democratic commissioners in the FCC, said Pai's proposal "promises to jeopardize" affordable communications access to poor families across the nation.

"If the goal of the current FCC majority is to widen existing divides, and ensure that our nation's most vulnerable are less likely to be connected, this item sets us on that path," Clyburn said in a statement. "It will harm those less fortunate, those who need to dial 911, stay in touch with their children's educators, keep a job, and stay healthy. The day we head down such a path, is a sad one indeed."

According to the Pew Research Center, more than 5 million households with school-age children lack Internet access, with black and Hispanic children disproportionately represented in that number.

Last month, Pai testified before the Senate Committee on Homeland Security and Governmental Affairs to criticize the program for its lack of safeguards against misused funds.

"The Lifeline program can play a role in our efforts to bring digital opportunity to all Americans," he said. "But unfortunately, it continues to be riddled by waste, fraud and abuse."

Clamping down on Lifeline has been an ongoing process for Pai and the Republican-majority FCC.

In February, the FCC blocked nine Internet service providers from participating in the program because it needed "additional time to consider measures that might be necessary to prevent further waste, fraud, and abuse in the Lifeline program." 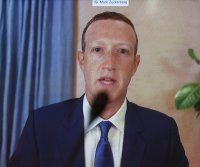