Josue Zurita was helping rebuild in the Galveston area when he went into the hospital on Oct. 10 due to a skin infection on his upper arm, health officials said. He was diagnosed with necrotizing fasciitis, a bacterial infection that kills soft tissue, and died Oct. 16.

"It's most likely this person's infection occurred when bacteria from Harvey debris or floodwater entered his body through a wound or cut," said Dr. Philip Keiser of the Galveston County Local Health Authority. "This is a very rare infection but that doesn't make it any less heartbreaking for this person's family and friends."

Keiser said the bacteria is known to spread rapidly.

"What happens is, you get some kind of break in the skin, and in that area -- between the skin and the muscle -- it's a fairly open space where the bacteria can grow," he said. "I have seen these things spread over hours. Even in one case, as I was examining a patient, I could see the red spread in the minutes I was examining him, and that's the real danger to it."

Zurita arrived in Texas from Mexico 12 years ago and worked as a carpenter to support his family, according to his obituary.

"He has a lot of friends here in Galveston that love him. Everybody is very sad. He was very young and always smiling," family member Brenda Avalos said. 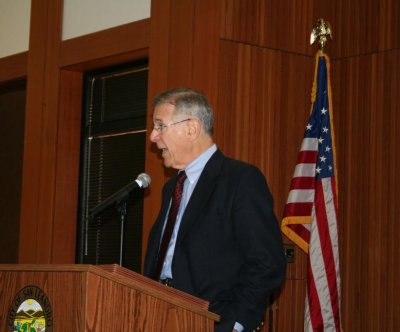