By Ed Adamczyk and Allen Cone
1/14 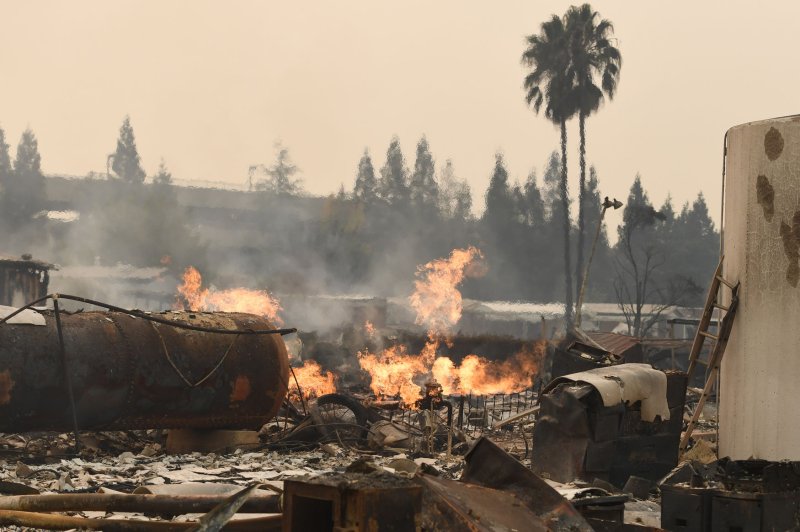 Live gas jets shoot up from the ruins of Journey's End Trailer Park in Santa Rosa, Calif., on Monday. Wildfires in Northern California's wine country have so far led to the deaths of 10 people, officials said. Photo by Terry Schmitt/UPI | License Photo

Oct. 10 (UPI) -- Fire crews worked feverishly Tuesday to contain a series of wildfires in Northern California's wine country that have so far caused the deaths of 17 people and fears of more fatalities.

Fifteen separate fires are burning in the region -- accelerated by dry conditions and high winds. They have closed schools and forced evacuations in Napa and Sonoma counties, authorities said.

More than 120,000 acres have burned and at least 1,500 homes and other structures burned, the California Department of Forestry and Fire Protection, known as Cal Fire, said. A fire station in Santa Rosa was among the buildings burned.

"It's devastating. I fully expect this will be the worst fire disaster in California history," said U.S. Rep. Mike Thompson, D-Napa said Tuesday afternoon at the Sonoma County Fairgrounds.

"We are confident that many of these people will be found safe and reunited with loved ones, but unfortunately we are preparing for further fatalities," the Sonoma County Sheriff's Office said in a Facebook post Tuesday.

Among the other fatalities two were in Napa County, three in Mendocino County and one in Yuba County, Cal Fire officials said.

The fires inside the eight-county area are only 10 percent contained, at best, Cal Fire said. The largest consumed 52,000 acres by Tuesday: the Atlas Fire in Napa County burned 25,000 acres and the Tubbs Fire in Sonoma County torched 27,000 acres.

About 30 people were rescued from Atlas Peak, a 1,700-foot tall mountain -- many of them laborers working to complete the autumn grape harvest.

Firefighters hope to get a handle on the fires if the winds will lessen enough.

The winds had died down significantly early Tuesday, said Daniel Berlant, an assistant deputy director with the California Department of Forestry and Fire Protection.

Vice President Mike Pence said during a visit Tuesday to the emergency management headquarters in Sacramento that President Donald Trump has approved a "major disaster declaration" for California.

"It's heartbreaking to think that many of the fallen represent our most vulnerable; in some cases senior citizens who simply were not able to escape the flames that overcame their homes," he said. "They are in our prayers."

The main highway that connects San Francisco to the northernmost parts of California -- State Route 128 -- was closed Monday.

The local wine industry is a $13 billion business that contributes over $50 billion to the national economy, the Napa Valley Vintners Association said.

Throughout Napa County, occasional loud booms could be heard, a sign that gas lines and propane tanks were exploding.

Other wildfires are also burning elsewhere in California.

About 6,000 acres have been torched and at least 24 homes and businesses were destroyed in Anaheim, near Los Angeles, hundreds of miles south of the wine country fires. At least 3,000 residents were evacuated and about 1,000 firefighters are involved in fighting that fire, ABC News reported. 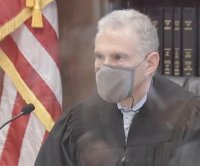