The victims in Las Vegas: Who they were 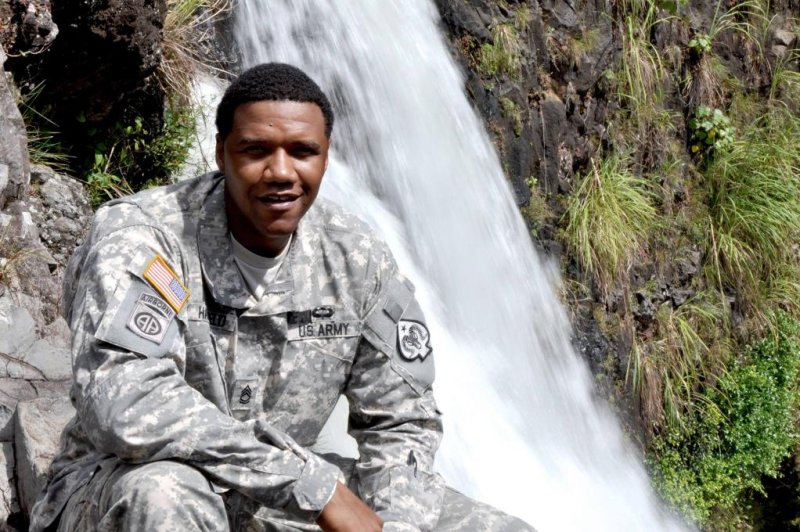 Hannah Ahlers of Murietta, Calif., was among those killed in the mass shooting Sunday in Las Vegas. Image courtesy of Hannah Ahlers/Facebook

Lisa Romero-Muniz, of Gallup, N.M., was among 59 people killed Sunday in the mass shooting in Las Vegas. Image courtesy of Facebook

Calla Medig, 28, of Jasper, Alberta, Canada, was among 58 people killed by a gunman on Sunday in Las Vegas. Image courtesy of Facebook

Oct. 3 (UPI) -- As authorities continue to try and work out a motive and background for the gunman who killed at least 58 people and wounded hundreds of others, those killed have been identified.

The Clark County Coroner's office has released the identities of the 58 people killed last weekend and the Las Vegas Review-Journal, the Los Angeles Times and CNN compiled profiles of the dead:

Jack Beaton, 54, of Bakersfield, Calif., was in Las Vegas with his wife, Laurie, celebrating their 23rd wedding anniversary with friends. She posted a Facebook status from the concert earlier in the evening, marking the occasion: "Here's to 23 wonderful years and looking forward to 23 more."

Andrea Castilla, of Huntington Beach, Calif., attended the concert with her boyfriend and sister, who lives in Las Vegas. She worked at a Sephora store.

Austin Meyer, 24, originally from Marina, Calif., attended the concert with his fiancee, who bought him the tickets to celebrate his birthday.

Candice Bowers, 40, was a single mother of three, including a recently adopted 2-year-old son. She was a waitress from Garden Grove, Calif., and avid country music fan.

Kurt von Tillow, 55, was a husband, father and grandfather who owned a trucking business near Sacramento, Calif. He attended the concert with his wife and daughter, who survived.

Carrie Parsons, 31, of Seattle, attended the concert with girlfriends. She was an avid fan of country artist Eric Church, who performed earlier at the festival. She graduated from Arizona State University in 2008 with an arts degree and worked as an adviser at Le Cordon Bleu College of Culinary Arts in Seattle.

Melissa Ramirez was a 2014 graduate of Cal State-Bakersfield, where she studied business administration. She was a resident of North Hollywood, Calif.

Brian Fraser attended the concert with a group of 20 people, including his wife and children. He worked in the mortgage industry and was a youth sports coach originally from La Palma, Calif.

Rocio Guillen Rocha, 40, was a mother of four, including a 1-month-old infant. She was an assistant manager at a California Pizza Kitchen restaurant in Anaheim, Calif.

Kelsey Breanne Meadows, 28, was a resident of of Taft, Calif., where she worked as a substitute teacher at Taft Union High School, her alma mater.

Angela Gomez, a 2015 graduate of Riverside Polytechnic High School in Riverside, Calif., was described by school staff as a "fun-loving young lady with a great sense of humor."

Hannah Ahlers, 34, was a mother of three from Murietta, Calif.

Sonny Melton was a registered nurse from Paris, Tenn., who attended the concert with his wife, Heather.

Lisa Romero-Muniz, 48, was a secretary in the Gallup-McKinley County, N.M., Public Schools system.

Neysa Tonks was employed at a Las Vegas software company and a mother of three.

Quintin Robbins, of Las Vegas, was a recreational assistant for the city of Henderson, N.V.

Rachael Parker, 33, was a records technician with the Manhattan Beach, Calif., Police Department.

Rhonda LeRocque, 42, of Tewksbury, Mass., was described by her aunt, Gloria Murdock as a devout Jehovah's Witness.

Susan Smith, 53, was an office manager at the Fundamental Elementary School in the Simi Valley, Calif., Unified School District.

Jessica Klymchuk, 28, of Alberta, Canada, was a school librarian and mother of four, CBC reports.

Jenny Parks was a kindergarten teacher in the Lancaster, Calif., School District.

Bailey Schweitzer, 20, of Bakersfield, Calif., was a member of the Valley Bible Fellowship Church and part of her family's business, Bakersfield Speedway.

Jennifer Irvine was an attorney practicing criminal and family law in San Diego.

Carrie Barnette was an employee of the Disney Company in Los Angeles.

Denise Burditus, 50, of Martinsburg, W.Va., was a semi-retired mother of two, soon-to-be grandmother of five who traveled to Las Vegas with her husband.

Thomas Day Jr., 54, of Riverside, Calif., was a home builder who attended the concert with his four children,.

Adrian Murfitt, 35, of Anchorage, was a commercial fisherman who attended the concert with his best friend.

John Phippen, 56, of Santa Clarita, Calif., was the owner of a home remodeling company and father of six who attended the concert with his son, Travis, who was injured.

Calla Medig, 28 was a restaurant worker from Alberta, Canada.

Stacee Etcheber was a hair stylist and mother of two from Novato, Calif.

Christopher Roybal, 28, of Denver, was a gym manager and U.S. Navy veteran who served in Afghanistan.

Brett Schwanbeck, 61, of Bullhead City, Ariz., was a retired truck driver who attended the concert with his fiancee, who survived.

Teresa Nicol Kimura, 38, of Placentia, Calif., had attended the concert with six friends. She worked for the California Department of Tax and Fee Administration.

Christopher Hazencomb, 44, of Camarillo, Calif., attended the concert with a friend and was an avid fan of Jason Aldean, the country artist performing when the shooting began. He worked at a Wal-Mart store in his hometown.

Carly Kreibaum, 33, of Sutherland, Iowa, was a married mother of two who enjoyed art and had worked at a Wal-Mart store near her small town for the last 12 years.

Steve Berger, 44, of Milwaukee, was a financial planner and father of three who was in Las Vegas to celebrate his birthday.

Denise Cohen, 58, and Lt. Derek "Bo" Taylor, 56, of Carpinteria, Calif., were companions and roommates who attended the concert together. Taylor was a California corrections officer of 29 years. He served at several prisons, most recently at the Ventura Conservation Camp, one of several California correctional facilities where the inmates help fight wildfires. Cohen was a property manager in Santa Barbara, Calif., and mother of two.

Christiana Duarte, 22, of Torrance, Calif., graduated from the University of Arizona in May with a degree in mass communication and had recently accepted a job working for the NHL's Los Angeles Kings.

Lisa Patterson, 46, of Rancho Palos Verdes, Calif., was a mother of three, her youngest child being 8 years old. She was a youth softball coach and active in her church.

Jordyn Rivera, 21, of San Bernardino, Calif., was a fourth-year student at Cal State-San Bernardino. She was an avid softball player.

Austin Davis, 29, of Riverside, Calif., was a pipe fitter who enjoyed playing recreational softball. He attended the concert with a friend and her family. The friend's father, Tom Day, Jr., was also among those killed.

Laura Shipp, 50, of Las Vegas, attended the concert with her son, Corey, who survived. She was a fan of the Los Angeles Dodgers who enjoyed attending concerts, especially country music shows.

Keri Galvan, 51, of Thousand Oaks, Calif., was a married mother of three who attended the concert with her husband. She was a server at Maestro's Steak House in her hometown.

Tara Roe Smith, 34, of Okotoks, Alberta, Canada, was an educational assistant with Foothills School Division in Alberta and a model for Sophia Models International.

Cameron Robinson, 28, lived in St. George, Utah, but commuted to Las Vegas where he worked as a legal records specialist. He attended the concert with his boyfriend.

Brennan Stewart, 30, of Las Vegas, was an aspiring country musician who played guitar and composed songs. He attended the concert with his girlfriend, who he helped shield from the gunfire, his family said.

Erick Silva, 21, of Las Vegas, was a security guard who was working and stationed near the front of the stage. Witnesses said he was helping concertgoers climb over a barricade when he was shot.

Dorene Anderson, 49, of Anchorage, Alaska, was a stay-at-home mother who traveled to Las Vegas for vacation with her husband and two daughters who also attended the concert and survived.

Heather Alvarado, 35, of Enoch, Utah, was a married mother of three who enjoyed traveling with her family and spending time outdoors.

Victor Link, 55, of San Clemente, Calif., worked in the mortgage industry and attended the concert with his fiancee and friends. He enjoyed golfing, snowboarding and jokingly referred to himself in a company bio as a "tequila quality control tester."