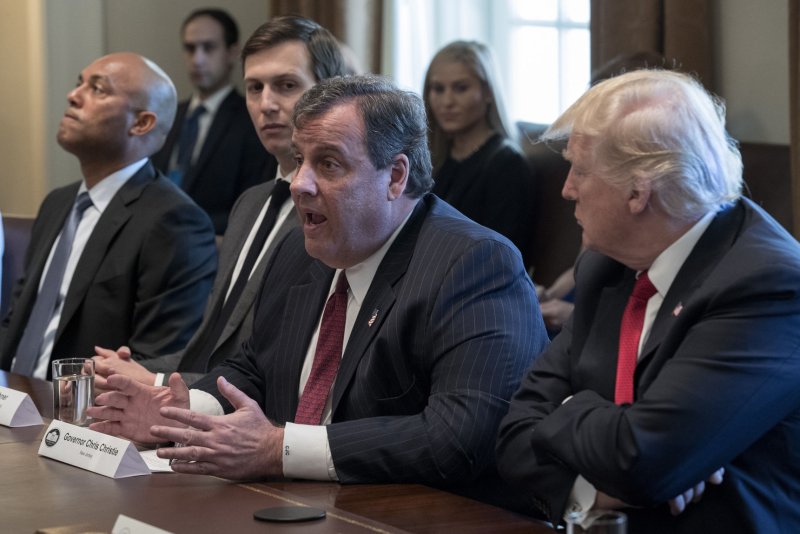 Governor Chris Christie of New Jersey (the chairman of the commission), the Director of the National Institutes of Health Dr. Francis Collins, and the President and CEO of PhRMA Stephen J. Ubl attended the meeting.

"Over-prescribing can lead to excess pills falling into the wrong hands," Ubl said, adding that "given scope of this crisis, we believe it's the right thing to do."

The opioid epidemic has become a major public health-crisis across the United States as more and more Americans die each year from drug-related overdoses.

Collins advised the panel that the agency is looking to build partnerships with industry researchers to reduce the time "needed to make available prescriptions that are non-addictive."

Some cities like Miami are dealing with the issue directly.

The Miami Herald reported Wednesday that city commissioners may sue the industry over the epidemic.

"It's become a country-wide epidemic and I think that the drug manufacturers and the distributors are responsible," a Miami city commissioner told the Herald. "They know the highly addictive needs for the opioids and the destructive effect they have on society and yet they push and promulgate these drugs that are destroying families and cities."

The president's commission will issue its final report on the epidemic by Nov. 1.

U.S. News // 1 day ago
Florida begins rescue and recovery a day after Hurricane Ian's strike
Sept. 30 (UPI) -- Florida residents have begun the monumental task of cleaning up as the devastation left by Hurricane Ian came into focus a day after the storm slammed into the Gulf Coast and decimated large swaths of the state.

U.S. News // 17 hours ago
EPA announces cleanup of Montana Superfund site
Sept. 30 (UPI) -- The Atlantic Richfield Company has agreed to complete its cleanup of the Anaconda Smelter Superfund Site in Montana, which has suffered from severe pollution and water contamination.

U.S. News // 18 hours ago
Legionella forces personnel out of military barracks in San Antonio
Sept. 30 (UPI) -- About 150 personnel at an air force base in San Antonio are being moved due to an outbreak of Legionella, a bacteria known to cause a serious type of pneumonia called Legionnaire's Disease.

U.S. News // 19 hours ago
Navy sailor found not guilty of setting fire that destroyed ship
Sept. 30 (UPI) -- A sailor accused by the Navy of setting fire to and destroying a warship was acquitted Friday by a military judge.