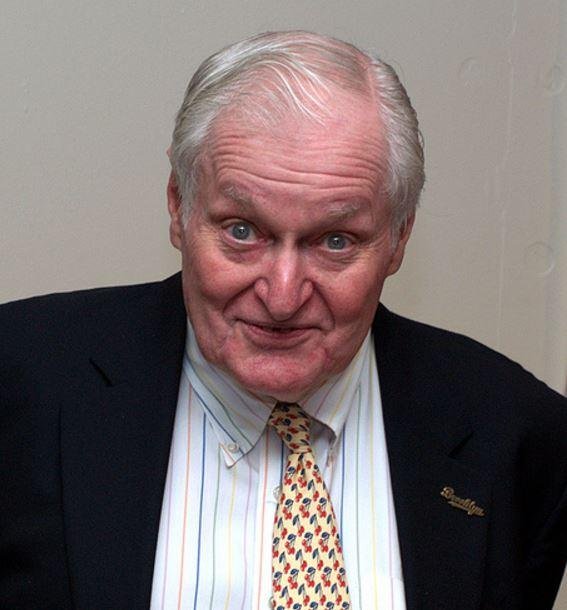 John Ashbery, one of America's most celebrated poets, died Sunday at the age of 90. Photo by David Shankbone/Flickr

Sept. 3 (UPI) -- John Ashbery, one of the most renowned American poets of the 20th century, died of natural causes Sunday at his home in Hudson, N.Y. He was 90.

Ashbery, born in Rochester, N.Y. and educated at Harvard and Columbia Universities, was the forst poet to win what the New York Times described as the "triple crown of literary prizes" -- the Pulitzer, the National Book Award and the National Book Critics Circle Award.

Ashbery achieved this feat in the same year, 1976, for publishing Self Portrait in a Convex Mirror, considered by many critics to be his masterpiece..

"No figure looms so large in American poetry over the past 50 years as John Ashbery," literary scholar Langdon Hammer wrote in 2008, according to the Guardian. "Ashbery's phrases always feel newly minted; his poems emphasize verbal surprise and delight, not the ways that linguistic patterns restrict us."

Although he wrote some of the most lauded poetry in America, many have been uncertain about what his words meant, which he wasn't afraid to admit was sometimes done on purpose.

"I don't find any direct statements in life," Ashbery once said. "My poetry imitates or reproduces the way knowledge or awareness comes to me, which is by fits and starts and by indirection. I don't think poetry arranged in neat patterns would reflect that situation."

After Ashbery's husband confirmed his death Sunday, many writers on Twitter expressed their condolences and posted some of their favorite Ashbery poems.

This was always one of my favorite short later ones. #Ashbery pic.twitter.com/3F3LiaeDqu

U.S. News // 23 minutes ago
Report: Uvalde officer asked permission to shoot gunman outside school but got no answer
July 6 (UPI) -- The report by the Advanced Law Enforcement Rapid Response Training Center says authorities missed other opportunities to stop the gunman before he killed 19 students and two teachers in Robb Elementary.

U.S. News // 37 minutes ago
British PM Boris Johnson resists calls for resignation amid Cabinet departures
July 6 (UPI) -- British Prime Minister Boris Johnson on Wednesday rejected calls for his resignation despite growing pressure within his own Cabinet and an avalanche of one-time allies resigning from the government.

U.S. News // 1 hour ago
Explosion damages controversial Georgia Guidestones
July 6 (UPI) -- An explosion destroyed part of the Georgia Guidestones, also known as "America's Stonehenge." Investigators say a bomb was deliberately set, as some on Twitter praised the destruction of the so-called "satanic monument."