Hurricane Harvey was downgraded to a tropical depression as it moved north through Louisiana and Mississippi on Thursday. Houston and the Beaumont/Port Arthur region remain largely underwater, and 24,000 Texas National Guardsmen will be deployed in the east Texas area by next week, Gov. Greg Abbott said. Photo by Sgt. 1st Class Malcolm McClendon/U.S. Army National Guard/UPI | License Photo

A woman coddles a child in the cabin of an HH-60 Pave Hawk helicopter, operated by Airmen of the 106th Rescue Wing assigned to the New York Air National Guard, over Beaumont, Texas, on Wednesday. The members of the 106th pulled the family up from flood waters in front of their home and dropped them off safely at an evacuee collection point. Photo by Daniel H. Farrell/U.S. Air National Guard/UPI | License Photo

Flood victims evacuate their neighborhood assisted by Texas National Guardsmen from the 386th Engineer Battalion, first responders from the Austin-Travis County Emergency Medical Services and Texas Task Force 1, as well as many volunteers, Orange, Texas, on Wednesday. As the remnants of Hurricane Harvey continued to linger over the city, hundreds of service members, first responders and volunteers rushed to Orange to help people in need. Photo by Capt. Martha Nigrelle/U.S. Army National Guard/UPI | License Photo

During the press briefing at the White House, Sanders said Trump wanted to contribute to efforts to help those affected by the deadly storm and flooding.

"He's actually asked that I check with the folks in this room, since you are very good at research and have been doing a lot of reporting into the groups and organizations that are best and most effective in helping and providing aid, and he'd love some suggestions from the folks here, and I'd be happy to take those if any of you have them," she said to reporters.

"But as I said, he'll pledge probably a million dollars of his own personal money to help the people of both Texas and Louisiana."

RELATED Unemployment claims stay low, but could rise after Harvey

Trump's personal assistance came as Hurricane Harvey was downgraded to a tropical depression as it moved through Louisiana and Mississippi on Thursday.

Now that much of Harvey has moved northeast of Texas, officials throughout the state are beginning to quantify just how destructive the storm, which has led to at least 38 deaths, has been. More than 32,000 people remained in shelters statewide, including nearly 19,000 in the Houston area.

With the opening of Houston's NRG Center to evacuees, another 30,000 beds are available, Gov. Greg Abbott said. He added that 210,000 people have registered with FEMA for emergency assistance.

At least 770 homes had been destroyed in Harris County, which includes Houston, and nearly 44,000 homes were damaged. The Texas Division of Emergency Management said more than 5,500 Texans are now living in state parks.

By next week, 24,000 Texas National Guardsmen will be deployed to the area for rescue and cleanup work. Abbott said there have already been about 8,500 rescues since the storm's landfall.

About 274,000 customers remain without electrical power on Thursday, with about 171,000 of those in the Houston area.

Twenty inches of water fell in the city of Port Arthur in 24 hours, Mayor Derrick Freeman said Thursday, and an undetermined number of residents remain stranded. The Beaumont-Port Arthur metropolitan area, 85 miles east of Houston, lost its main and backup water supplies and inspectors are waiting for flood water to recede before they can inspect damaged pumps. An evacuation center in Port Arthur filled with water, forcing evacuees to relocate.

"We will have to wait until the water levels from this historical flood recede before we can determine the extent of damage and make any needed repairs," Beaumont's city government said in a statement Thursday. "There is no way to determine how long this will take at this time."

Houston's two major airports reopened Wednesday, but there has been no indication when the flights will resume their normal schedules.

Vice President Mike Pence is expected to travel Thursday to four hurricane-ravaged cities near Corpus Christi, the first area in Texas to receive the brunt of the hurricane, a senior administration official said.

Although the hurricane has diminished to a tropical depression, flood and flash flood warnings are in effect from east Texas and the lower Mississippi Valley through the Tennessee Valley and into southern Ohio, the National Weather Service said in its 4 a.m. report Thursday.

At least 3 to 5 inches of rain are expected in those areas, with the possibility of 6 to 10 inches in some areas. The center added that "catastrophic and life-threatening flooding will continue" in the Houston, Beaumont/Port Arthur and southwestern Louisiana regions for the rest of the week. 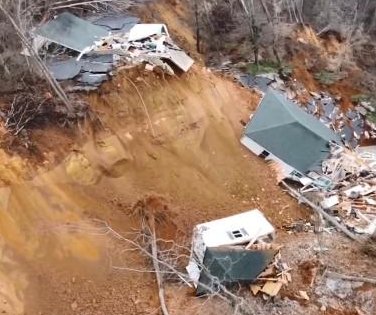 U.S. News // 6 hours ago
Hundreds of thousands have sought hidden gold in Rockies, study says
Feb. 18 (UPI) -- In the 10 years since a gold-filled treasure chest purportedly was hidden in the Rocky Mountains, as many as 433,000 "chasers" have searched for it, according to a study.