The president issued the declaration in response to a request by Texas Gov. Greg Abbott, saying it "unleashes the full force of government help!"

"This is going to be a major disaster," Abbott said during a briefing hours before the Category 4 hurricane was expected to make landfall near Corpus Christi. "My goal is to make it through this storm in a way that we lose no lives."

The declaration would more quickly make federal money available to respond to any damage the hurricane may cause, a statement from Abbott's office said.

"I spoke with President Trump yesterday and am confident that he will move quickly to grant this request and provide the people of Texas with everything they need to recover from this storm. I want to continue to encourage Texans to take this threat seriously, heed warnings from local officials, and do all they can to prepare as the state of Texas works to ensure we are in the best position to respond to urgent needs following this storm," Abbott said.

"Given the potential catastrophic impact that the hurricane may have on Texas communities, we strongly support this request and urge you to provide any and all emergency protective measures available by a major disaster declaration," the senators wrote.

RELATED Refineries close in response to Hurricane Harvey, gas prices may be affected

"We have been encouraged thus far by the work and strong coordination with the Federal Emergency Management Agency to deploy assistance to state and local officials on the ground in Texas. We stand ready and willing to assist in any way possible to ensure prompt evaluation of this request."

Trump said Friday he is watching the situation closely.

"I have spoken w/ @GovAbbott of Texas and @LouisianaGov [John Bel] Edwards. Closely monitoring #HurricaneHarvey developments & here to assist as needed," he tweeted in the morning.

Department of Homeland Security and Federal Emergency Management Agency officials briefed the president on the status of the hurricane Friday morning.

Later in the afternoon, he encouraged residents in the path to heed the advice and orders of their local and state officials, and said the "federal government is on site and ready to respond."

Officials in Texas ordered mandatory evacuations in a number of locations near where the eye of the Category 3 storm is expected to arrive, including Aransas Pass, parts of Brazoria and Matagorda counties, all of Calhoun County and the city of Freeport.

Abbott pre-emptively declared a state of disaster in 30 counties where wind, heavy rain and flooding could cause damage. The Texas Army and Air National Guard also have been activated ahead of the storm.

Sitting in the bull's eye is the city of Corpus Christi -- the coastal population center closest to where forecasters predict Harvey's eye will hit.

Despite mandatory evacuation orders elsewhere, Corpus Christi Mayor Joe McComb did not issue one for his city, though he has strongly encouraged residents in low-lying areas to leave due to potentially deadly flooding.

"We could mandate it, but people need to make a decision of their own. I'm not going to risk our police and fire people going to try and drag somebody out of the house if they don't want to go," McComb told The Weather Channel. "Because our fire and police, they're fathers and mothers, brothers, sisters, uncles. They've got relatives and they've got family, and we don't want to put them in harm's way because someone just wanted to stay."

Farther north in Houston, officials canceled what was supposed to have been the first day of school on Monday, meaning 200,000 schoolchildren and thousands of teachers and support staff will remain home to ride out the storm.

A Coldplay concert scheduled for Houston's NRG Stadium on Friday night was scheduled to go on as planned.

Houston residents stood in long lines at grocery stores and cleared out shelves of staple foods and bottled water, KPRC-TV reported. Grocer Kroger sent an additional 80 truckloads of bottled water to its stores in the area.

Houston's George Bush Intercontinental Airport is not expected to close, but officials say flight cancellations are likely as Harvey strengthens. Most airlines offered waivers or dropped change fees for travelers scheduled to fly in or out over the weekend.

Hurricanes are a part of life in the coastal South, but the last major storm -- Category 3 or higher -- to hit the Texas coast was Hurricane Ike in 2008, which caused nearly $30 billion in damage.

Residents on Galveston Island, where Ike made landfall, greeted the prospect of a less damaging Hurricane Harvey with a shrug.

Paul Murdoch, owner of Marina Bar and Grill on the Galveston waterfront said his restaurant would stay open all weekend. He had even declined to cancel his Saturday night band.

"What storm?" Murdoch asked the Houston Chronicle. "It's just business as normal."

Others are taking the warnings more seriously.

Surfside Beach resident Randy Ramirez told KTRK he and his family were packing up. 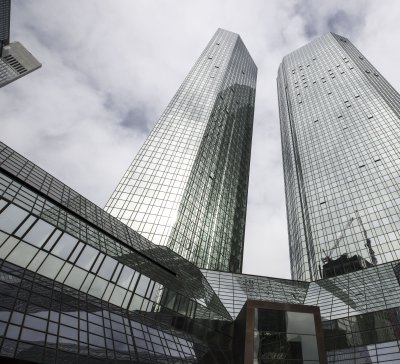