Aug. 15 (UPI) -- United States and China military leaders signed an agreement Tuesday in Beijing in an attempt to improve communication and avoid misunderstandings.

Earlier this year, diplomatic and security talks between the two nations were conducted in Washington. The discussions came after President Donald J. Trump and Chinese President Xi Jinping pledged cooperation in April in Florida.

"To be honest, we have many difficult issues where we will not necessarily have the same perspectives," Dunford said. "But from the meeting we had in Washington, D.C., and the meeting we just had, I know we share one thing: we share a commitment to work through these difficulties. With the guidance from our presidents and the areas of our cooperation, I know we will make progress over the next few days."

Dunford noted there always there will always be some friction between the two countries, but military contacts will lessen the chances of a miscalculation.

"We should also try to see areas to cooperate," Dunford said.

"As we start these meetings, having the framework for dealing with these difficult issues is different than making progress on them," he said. "I think our collective challenge is to sincerely and with candor attack these issues that we have to address."

The increased communications comes amid rising tensions between the United States and North Korea after the regime tested two intercontinental ballistic missiles last month. Analysts believe North Korea has produced a miniaturized nuclear warhead that can fit onto a missile with the capability of striking the United States mainland.

China is North Korea's closest ally but it supported U.N. sanctions against the regime.

Last Thursday, China condemned the United States after the USS John S. McCain sailed near disputed reefs in the South China Sea. It was the third military exercise near the area since Trump became president in January. 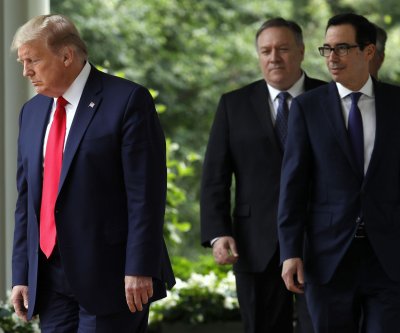