In open letter, Taliban urges Trump to withdraw from Afghanistan 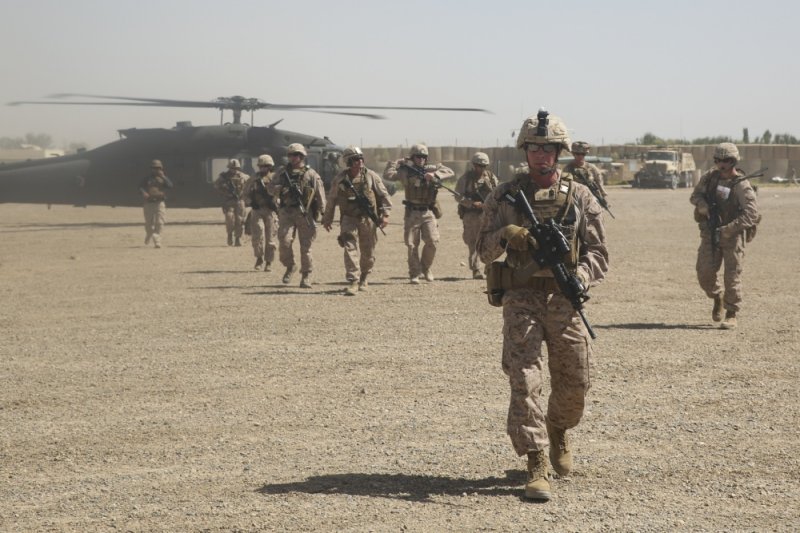 Aug. 15 (UPI) -- The Taliban wrote an open letter to President Donald Trump, urging him to "be responsible," stop listening to "stooges" in Kabul and withdraw U.S. troops from Afghanistan.

"If you failed to win the Afghan war with disciplined U.S. and NATO troops, advanced technology, experienced military generals, consecutive strategies and mighty economy, you shall never be able to win it with mercenaries, notorious contractor firms and immoral stooges," said the Taliban letter.

The letter, released by Taliban spokesperson Zabihullah Mujahid, seems to reference Trump's criticism of U.S. foreign policy and military invasions and suggests he become a president of peace rather than war.

"We have noticed that you have understood the errors of your predecessors and have resolved to thoroughly rethinking your new strategy in Afghanistan," the letter stated. "You must also not handover the Afghan issue to warmongering generals but must make a decision where history shall remember you as an advocate of peace."

RELATED Seven U.S. soldiers wounded in attack at base in north Afghanistan

According to Voice of America, the letter also alleged that U.S. generals are "concealing" American casualty numbers in Afghanistan.

The letter was released to media outlets as the Trump administration gets ready to announce its new strategy for Afghanistan, where the U.S. military has been at war since 2001.

Defense Secretary James Mattis said Trump was "very, very close" to making a decision, but noted "strategic decisions have not been made."

RELATED Defense Secretary Mattis to senators: 'We are not winning in Afghanistan'

As of August 2016, there have been more than 31,000 civilian deaths in Afghanistan, according to Brown University.