By Sam Howard and Danielle Haynes
1/4 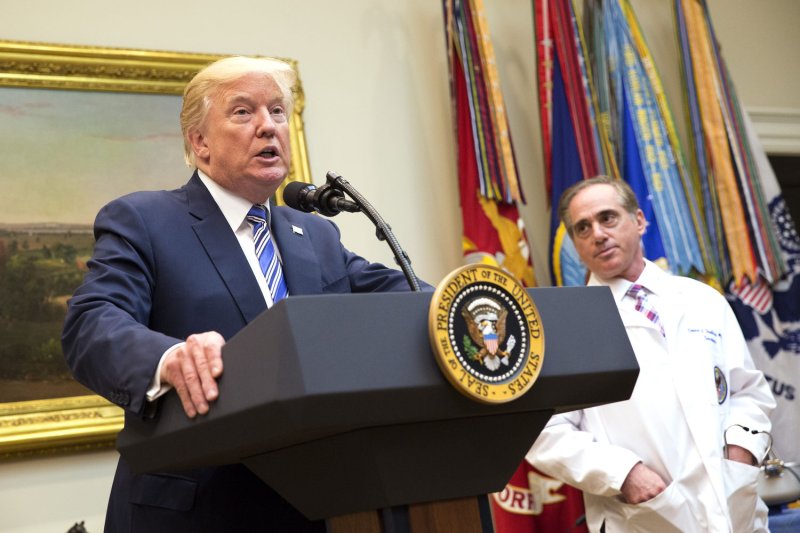 Shulkin said that in 2016, 700,000 veterans used telehealth services through the VA, but Thursday's announcement "dramatically expands our current capabilities." The VA, working with the Office of American Innovation and the Department of Justice, issued a regulation allowing veterans to receive services from VA providers anywhere in the country. He called it "anywhere to anywhere" VA healthcare.

Shulkin said the technology would be helpful particularly in rural areas.

"That means we're going to be able to use VA providers in cities where there are a lot of doctors, and be able to use those doctors to help our veterans in rural areas where there aren't many healthcare professionals. And you talked about mental health and suicide prevention; this is one of those areas that we can really use that expertise," he said.

"This will significantly expand access to care for our veterans, especially for those who need help in the area of mental health, which is a bigger and bigger request -- and also in suicide prevention," he said.

Trump made improving healthcare for veterans a central tenet of his election campaign last year. Earlier this summer, he signed a bill into law to protect Veterans Affairs whistle-blowers and boost the department's ability to dismiss disruptive employees.

After the event, later Thursday, Trump was scheduled travel to West Virginia for a campaign-style rally in Huntington -- where it's expected he will discuss ongoing efforts to make the United States "energy dominant."

U.S. News // 15 hours ago
Attempted murder suspect on the run still using dating apps
Jan. 29 (UPI) -- A Nevada man accused of attempted murder and torturing a woman in Oregon is on the run and still active on dating sites, police say.

U.S. News // 19 hours ago
6 killed, more injured in New York bus crash
Jan. 29 (UPI) -- Six people are dead and another three are injured after a box truck and a bus collided head-on in New York.

U.S. News // 19 hours ago
Jewish family sues NYC's Guggenheim Museum seeking return of Picasso painting
Jan. 29 (UPI) -- A Jewish family has filed a lawsuit against the Guggenheim Museum in New York City seeking the repatriation of an iconic painting by Pablo Picasso that they allege was sold to allow the family to escape Nazi Germany.