A bipartisan bill would allow former FBI Director Robert Mueller to challenge before a three-judge panel if he is terminated. File Photo by Alex Wong/UPI | License Photo

Trump hasn't publicly said he's considering firing Mueller, but the president's aides said the topic has come up. He has criticized the former FBI director for his ties to James Comey, whom Trump fired as FBI director in May. Trump has also complained about Mueller's team consisting of attorneys who have contributed to Democratic candidates in the past.

The act would allow Mueller to go before a three-judge panel if he is terminated.

"A back-end judicial review process to prevent unmerited removals of special counsels not only helps to ensure their investigatory independence, but also reaffirms our nation's system of check and balances," Tillis said in a statement.

"Any effort to go after Mueller could be the beginning of the end of the Trump presidency unless Mueller did something wrong," Graham said.

Deputy Attorney General Rod Rosenstein appointed Mueller as special counsel to lead the Justice Department's investigation into whether the Trump campaign colluded with the Russian government to swap the 2016 election. 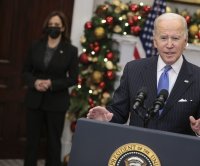