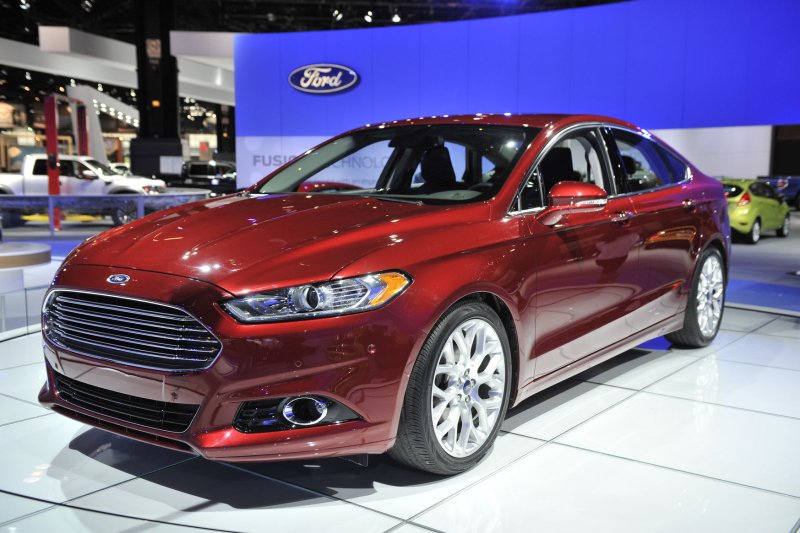 July 17 (UPI) -- Drug Enforcement Agency officials said $1 million worth of marijuana was smuggled into the United States in brand new Ford Fusions made in Mexico.

The cars were manufactured at a Ford plant in Hermosillo, Sonora, Mexico, and then were shipped to a dealership in Ohio, where the marijuana was found, DEA agent Silverio Balzano said.

Officials believe drug smugglers made some kind of mix-up to allow large quantities of marijuana to get lost. Approximately 32 pounds of marijuana was found in 15 Ford Fusions, officials said.

"Clearly, something went wrong," Balzano said. "Generally speaking, they could take it off anywhere else along the way."

No arrests have been made and an investigation is ongoing.

This isn't the first time Ford Fusions made in Mexico have been used to smuggle marijuana.

In a police report, the officer investigating the case spoke to railway police, who come across similar situations on a regular basis.

"Since the vehicles came from Mexico, they believed someone in Mexico placed the marijuana in those vehicles," the St. Paul police officer wrote. "The vehicles would get loaded onto the same railcar. Once the train crossed the border into the U.S., they would stop for inspections. It is at this time that the co-conspirator on the U.S. side would break into the railcars and recover the narcotics.

"The officer advised me this was an ongoing problem for them. It is believed that someone forgot and or missed the opportunity to retrieve their narcotics on the U.S. side of the border."

U.S. News // 46 minutes ago
U.S. road deaths increased in 2020 despite major decline in traffic, report shows
March 4 (UPI) -- Despite a dramatic decrease in the number of drivers on U.S. roads last year due to COVID-19, motor vehicle deaths nationwide in 2020 still increased by almost 10%, according to an analysis Thursday.

U.S. News // 2 hours ago
CEO of Texas power grid operator terminated in aftermath of storm
March 4 (UPI) -- The board overseeing the Electric Reliability Council of Texas, the independent nonprofit entity that operates and manages the electricity grid that covers much of Texas, fired ERCOT CEO Bill Magness.

U.S. News // 3 hours ago
Damages from February winter storms could be as high as $155 billion
Power outages, insurance claims and millions of impacted residents are adding up to make the coast-to-coast winter weather last month even more costly than the historic 2020 hurricane season.

U.S. News // 11 hours ago
Capitol Police warn of 'possible plot' to breach Capitol on Thursday
March 3 (UPI) -- U.S. Capitol Police on Wednesday warned of a possible security threat to the Capitol planned for the following day, forcing the House of Representatives to scrap its Thursday session.