The rental car firm said in a release that it will service and store Waymo's Chrysler Pacifica minivans at locations through the Phoenix area, where the parent of Google has been testing a ride-hailing service with volunteers since April. Google labs began developing the concept in 2009.

"With members of the public using our growing fleet of self-driving cars, our vehicles need standard maintenance and cleaning so they're ready for our riders at any time of the day or night," said John Krafcik, chief executive officer at Waymo. "Avis Budget Group is an ideal partner to provide fleet support and maintenance. With thousands of locations around the world, Avis Budget Group can help us bring our technology to more people, in more places."

In April, Waymo announced it will expand its fleet of Chrysler Pacifica minivans from 100 to 500. In the program, hundreds of riders can get free rides whenever they want, including for errands. The vehicles will operate autonomously, but a test driver will be present to monitor the rides.

Waymo is accepting applications for riders at waymo.com/apply.

Avis will retrofit select facilities in the Phoenix area to accommodate Waymo's minivans. It will not be responsible for upkeep on Waymo's specialized hardware, including lidar sensors.

Avis owns Zipcar, the on-demand rental service with more than 1 million members, largely in urban centers. The new deal is limited to Waymo's vehicles in Phoenix.

"Not only does this partnership enable us to leverage our current capabilities and assets, but it also allows us to accelerate our knowledge and hands-on experience in an emerging area as Waymo-enabled self-driving cars become available in the marketplace," said Larry De Shon, president and chief executive officer of Avis Budget Group.

Shares of Avis Budget stock rallied the most in five years, jumping 21 percent to as high as $29.32 on the New York Stock Exchange. Sales at the car rental company have slipped including from declines in used-vehicle prices. First-quarter revenue feel 2.2 percent to $1.84 billion.

In May, Waymo announced its is parting with ride-hailing company Lyft to develop self-driving cars. 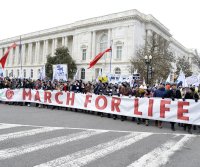