Since the court's decision in Obergefell vs. Hodges two years ago, the percentage of same-sex couples who are married has increased overall, though the rate by which it is increasing has slowed. Prior to the decision, when same-sex marriage laws varied by state, 7.6 percent of gay and lesbian couples were married.

Based on data collected in the two years since the ruling, Gallup now estimates 61 percent of cohabitating same-sex couples are married, compared with 38 percent prior to the decision.

Roughly half of respondents who identified as LGBT in the survey said they are bisexual. That high rate means LGBT individuals are slightly more likely to be married to a member of the opposite sex than a same-sex partner.

The survey also showed gay men are slightly more likely than lesbians to be married to a same-sex partner.

U.S. News // 2 hours ago
Leavenworth father arrested with missing girls after 2 boys found dead
Oct. 25 (UPI) -- The father of two girls missing from Leavenworth, Kan., was arrested in Oklahoma and the girls were found safe, after police found their two brothers dead in their home.

U.S. News // 5 hours ago
Illinois hayride accident kills 1 injures 17
Oct. 25 (UPI) -- A woman was killed and at least 17 were injured, including children, when a hayrack ride overturned in rural Illinois on Saturday night.

U.S. News // 6 hours ago
Powerhouse storm system to pummel southern Plains with snow, ice
After pummeling portions of the northern Rockies and the Plains with heavy snow, the storm system responsible for the wintry weather will begin to spread cold and snowy conditions to areas farther south that are not as a

U.S. News // 10 hours ago
Tropical Storm Zeta to strike Yucatan Peninsula before taking aim at U.S. Gulf Coast
Oct. 25 (UPI) -- With the formation of Tropical Storm Zeta in the western Caribbean on Sunday morning, the 2020 Atlantic Hurricane season has now tied the record number of named storms from 2005. 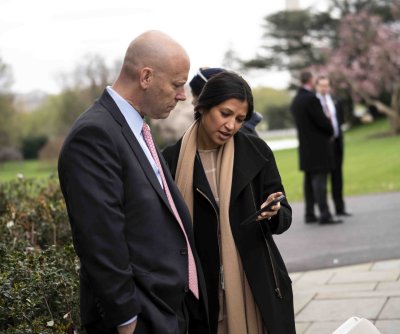 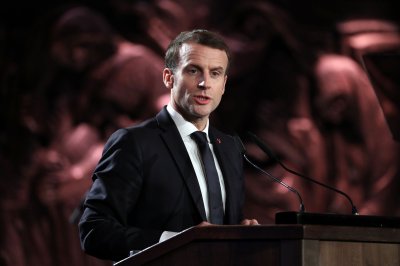