Concertgoers attend the Electric Daisy Carnival in 2011. Since then, seven deaths have been reported at the concert. Photo by Tony Nungaray/Flickr

A Las Vegas coroner said Michael Morse, 34, had a body temperature of 109 degrees at the time of his death, his wife, Jennifer Marshall, told the Las Vegas Review-Journal.

"He was complaining about how hot it was," she added, referring to text messages she received from Morse.

Morse died after the first night of the concert, when temperatures reached 106 degrees during the day and 98 at night.

Marshall said that since her husband's death, her family has seen several complaints online from concertgoers about how water was difficult to obtain during the first night.

The Las Vegas Sun reported that there was a tent offering free tap water, but that it had 30 long lines of people waiting to refill their bottles.

There was an increase in medical calls at the concert this year compared to 2016, especially on the first night, figures released by the Metropolitan Police Department indicate.

On June 16, police received 443 medical calls, which amounted to a 129 percent increase from the first night of 2016.

Morse's death marks the third year in a row somebody has died at EDC. The previous two, 20-year-old Kenani Kaimuloa in 2016 and 24-year-old Nicholas Tom in 2015 reportedly died of drug overdoses.

Seven people have died since 2011.

Drug arrests were down this year compared to last. In 2016, police made 101 narcotics arrests, compared to 61 this year. 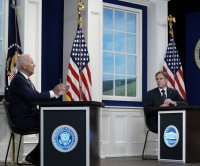