"To fuel this important conversation, we've expanded the colors of the flag," organizers wrote. 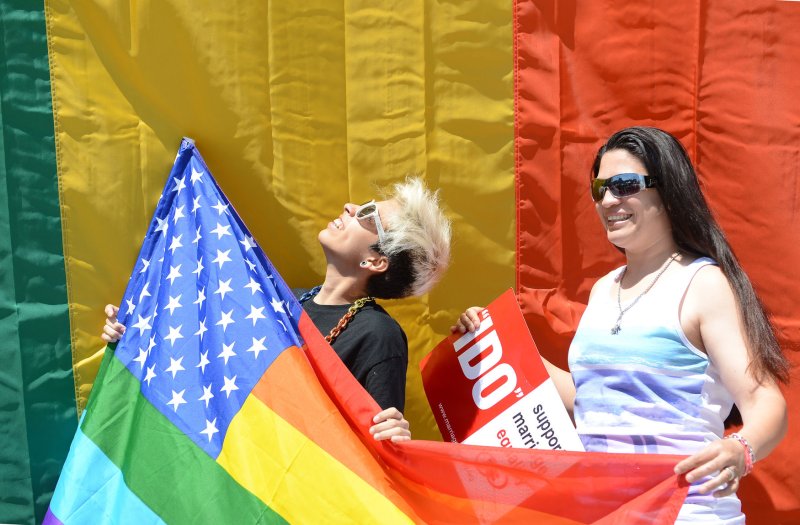 People pose in front of a rainbow flag in San Francisco after the U.S. Supreme Court's legalization of same-sex marriage in 2015. File Photo by Terry Schmitt/UPI | License Photo

June 15 (UPI) -- The City of Philadelphia is flying a new rainbow flag -- with additional black and brown stripes -- to show support for marginalized racial groups within the lesbian, gay, bisexual and transgender community.

Working with gay rights group More Color More Pride and the Tierney ad agency, Philadelphia revealed the flag on Wednesday at City Hall, where it will be flown for the rest of June -- which is Pride Month across the United States.

"In 1978, artist Gilbert Baker designed the original rainbow flag. An iconic symbol," organizers stated on their website. "So much has happened since then. A lot of good, but there's more we can do. ... To fuel this important conversation, we've expanded the colors of the flag to include black and brown."

"This year, the city and Office of LGBT Affairs is celebrating those who are too often left out of narratives about the LGBTQ experience, particularly highlighting people of transgender/gender nonconforming experience, youth, and people of color for their countless contributions to the LGBTQ liberation movement from its origins to present day," the city added in a statement.

RELATED Colton Haynes: I was told I 'could not be gay' in Hollywood

While the redesigned flag is meant to be a more inclusive symbol of unity and acceptance, Philadelphia Office of LGBT Affairs Director Amber Hikes said there has been some push-back from gay white men.

"White people do not know what racism looks like, because that's the definition of racism," Hikes told CNN.

Writer and comedian Amanda Kerri wrote in The Advocate Thursday that those upset about the additional stripes are a "problem" -- and that new variations of the rainbow flag are nothing new.

"Many of you may have forgotten that during the '80s, at the height of the AIDS epidemic, many Pride flags had a black stripe to represent the deaths in the community," she wrote. "Besides, we've seen so many variations of the Pride flag over the years, with stars, hearts, triangles, peace symbols, flowers, yada yada yada, what does it matter if we change it up some?"

Oh be still my heart. Happy Flag Day, y'all. And of course, Happy Pride! 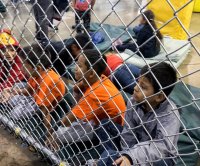 U.S. News // 6 hours ago
Lawsuit: CBP held dozens of minors for several days in the last 2 months
Nov. 24 (UPI) -- A new lawsuit accuses U.S. Customs and Border Protection of detaining dozens of children, including infants, at southern border facilities for longer than 72 hours, and some for as long as 18 days.