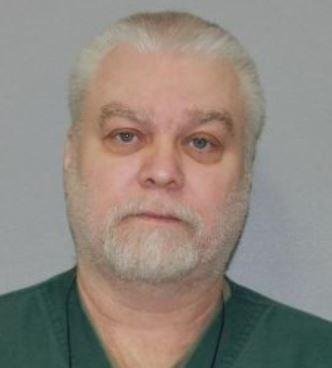 A motion was filed Wednesday in Mantiwoc County, Wis., Court to reopen the 2007 murder conviction of Steve Avery. The case was the subject of the Netflix documentary "Making a Murderer." Photo courtesy of the Wisconsin Department of Corrections

June 8 (UPI) -- The attorney for Making a Murderer subject Steven Avery filed a motion for a new trial in a Wisconsin court, arguing his 2007 murder conviction was based on planted evidence and false testimony.

Avery and Brendan Dassey, his nephew, were found guilty in the 2005 murder of photographer Teresa Halbach. The case was the subject of a Netflix television documentary, Making a Murderer. Avery and Dassey have maintained their innocence of the crime.

Attorney Kathleen Zellner, in a 1,272-page motion filed Wednesday at the Mantiwoc County Clerk of Courts, wrote that "Avery's post-conviction counsel have completed scientific testing and conducted an extensive reinvestigation of his case, which demonstrates that planted evidence and false testimony were used to convict Mr. Avery of first-degree intentional homicide of Teresa Halbach."

The motion says Avery's trial attorneys lacked experts and conducted an inadequate investigation in failing to prove that evidence was planted. The motion also says the district attorney was aware that Dassey's "confession was fabricated" and that a damaged bullet found at the crime scene did not penetrate Halbach. Defense attorneys also said a piece of evidence found in Dassey's bedroom, a key, was planted by sheriffs.

"Because the state did not need to establish motive, it did not spend any time trying to figure out why Mrs. Halbach was murdered," the motion states.

No spokesman for the Wisconsin Department of Justice has commented on the motion.

U.S. News // 13 hours ago
Judge finalizes verdict for Depp vs. Heard defamation trial
June 25 (UPI) -- A Virginia judge has finalized the verdict in the defamation case between Johnny Depp and Amber Heard after the former couple failed to reach a settlement.

U.S. News // 13 hours ago
Laundrie admits to killing Petito in notebook pages, calls it 'merciful'
June 25 (UPI) -- Brian Laundrie wrote in his notebook that he thought his killing of fiancée Gabby Petito last year in Wyoming was "merciful," pages released by his family attorney show.

U.S. News // 16 hours ago
Southwest showers, storms to keep fire risk at bay
While the rain will help dent the ongoing drought and keep wildfire concerns at bay, too much rain at once can lead to the opposite problem, with flash flooding a possibility.

U.S. News // 17 hours ago
Protests rage on for second day against abortion ruling
June 25 (UPI) -- Activists took to the streets for a second day to protest after Friday's Supreme Court decision overturned nearly 50 years of federal abortion rights guaranteed under Roe vs. Wade.