The woman is accused of mailing classified information to a news organization. 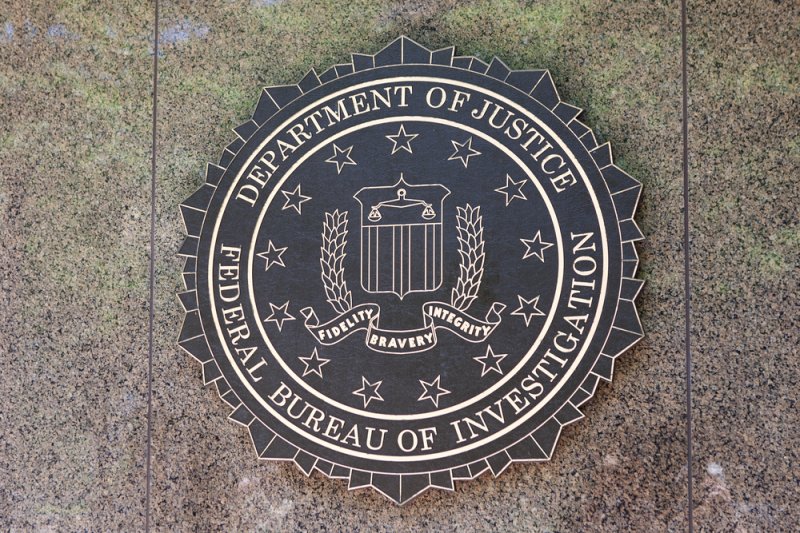 June 5 (UPI) -- Federal agents arrested a U.S. government contractor at her Georgia home over the weekend, accusing her of unlawfully leaking classified material to a news organization.

The Department of Justice on Monday announced the arrest of Reality Leigh Winner, a contractor for Pluribus International Corporation who'd been assigned to a federal government agency in the state.

The criminal complaint against Winner stems from a National Security Agency document dated May 5 that authorities say was improperly taken from its facility in Georgia.

The document outlines new details about alleged hacking efforts by the Russian military's Main Intelligence Agency -- or GRU -- in August against a voting-related software vendor, and another that targeted 122 local voting officials a few days before the U.S. election in November.

The Intercept, an online news organization, published an article about the document on Monday, hours before federal authorities announced Winner's arrest.

The Justice Department didn't mention the article in its news release, but NBC News cited a source in reporting that authorities believe Winner provided the document in The Intercept story.

"Exceptional law enforcement efforts allowed us quickly to identify and arrest the defendant," Deputy Attorney General Rod J. Rosenstein said in a statement. "Releasing classified material without authorization threatens our nation's security and undermines public faith in government. People who are trusted with classified information and pledge to protect it must be held accountable when they violate that obligation."

The National Security Agency has a large facility near the contractor's home in Georgia.

Winner, 25, has worked at the government facility since February and has held a top secret clearance. Officials said she "printed and improperly removed classified intelligence reporting" around May 9.

RELATED Putin: 'I didn't even really talk' to Flynn during dinner

"Winner further admitted removing the classified intelligence reporting from her office space, retaining it, and mailing it from Augusta, Georgia, to the news outlet, which she knew was not authorized to receive or possess the documents."

The FBI continues to investigate the case.

U.S. News // 1 hour ago
Oklahoma schedules 25 executions to begin in August
July 1 (UPI) -- An Oklahoma court on Friday scheduled the executions of 25 men over the next two and a half years, cases that the prisoners' lawyers say "exemplify systemic flaws" in the state's use of the death penalty.

U.S. News // 4 hours ago
Biden predicts states will ban women from traveling for abortion
July 1 (UPI) -- President Joe Biden on Friday predicted some states will try to prevent women from crossing state lines to seek an abortion but pledged to protect women's rights to travel to seek such services.

U.S. News // 5 hours ago
Iowa family sues amusement park in death of 11-year-old in 2021
July 1 (UPI) -- The family of an 11-year-old Iowa boy who died when an amusement park ride malfunctioned nearly a year ago filed a lawsuit against the park and its managers on Thursday.
Advertisement