May 8 (UPI) -- Tiffany Trump, the youngest daughter of President Donald Trump, is following in her family's footsteps to the nation's capital.

The 23-year-old will start at Georgetown University's law school in the fall, the school confirmed Monday.

The daughter of Trump and his second wife, Marla Maples, will join the 1,900-person student body starting with orientation the week of August 21 in Washington, D.C.

"She has taken all the steps to enroll," Mimi Koumanelis, a spokeswoman for the Catholic university, said.

While the university's main campus is located in the Georgetown section of Washington, west of the White House, Georgetown Law is located three miles to the east, just north of the U.S. Capitol.

Tiffany will be the third Trump to attend Georgetown, following Eric, the president's second son, and Ivanka, his oldest daughter who serves in the White House as an assistant to the president.

Eric has a degree from Georgetown while Ivanka attended for two years before transferring to the Wharton School of the University of Pennsylvania.

"Georgetown is an incredible school with great significance to me personally," Eric Trump said in an email to The New York Times. "I am so proud of Tiffany and all that she has accomplished. She is an amazing young woman, a terrific sister and has a remarkable future ahead of her."

Georgetown Law is consistently rated as one of the top law schools in the United States.

U.S. News // 47 minutes ago
House passes bill in support of Tibet human rights
Jan. 29 (UPI) -- The U.S. House of Representatives has overwhelmingly passed legislation in support of protecting human rights in Tibet, the latest congressional condemnation against China's treatment of its citizens. 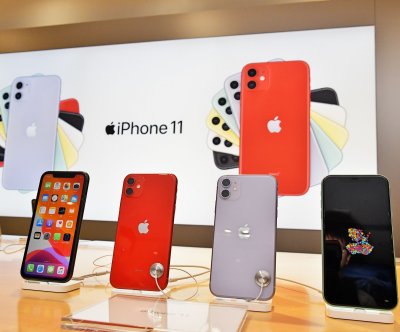