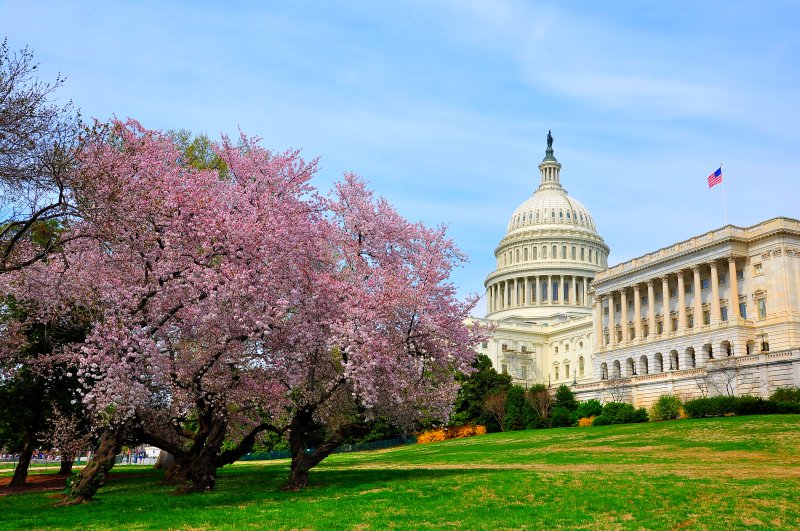 Georgia will stage a special election on Tuesday to replace the House seat vacated by Tom Price, the new U.S. Health and Human Services chief. Democrat Jon Ossoff, who has polled well, may pose a threat to the typically GOP seat. File Photo by Hang Dinh / Shutterstock / UPI

With nearly two dozen candidates vying for the House seat, the state is set for the second congressional vote since Trump's administration took office, a week after Kansas' 4th District narrowly replaced CIA Director Mike Pompeo with another Republican.

Democrat Jon Ossoff is one of the leading names on the ballot Tuesday, a young contender who has rode a wave of momentum in recent weeks from supporters vehemently opposed to Trump's government.

"I think I can win, but whether I do is up to turnout and the voters," he said in an interview. "We'll be ready for anything. Ready to fight and win a runoff if necessary."

RELATED Move to break California away from U.S. abandoned -- for now

Ossoff has polled in the mid 40s in recent weeks, making him a real threat to Republicans aiming to keep control of the House seat from Georgia's 6th District.

Monday, Trump himself even recorded a robocall encouraging Georgians to vote against the 30-year-old Democrat, saying he will "raise your taxes, destroy your healthcare, and flood our country with illegal immigrants."

"Liberal democrats from outside of Georgia are spending millions and millions of dollars trying to take your Republican congressional seat away from you. Don't let them do it," the president added in the voice recording.

Running against Ossoff are a number of Republicans hoping to represent the party in a runoff vote, which would be held if the winner receives less than 50 percent of the vote. Analysts say Ossoff's best chances to win the seat will be to get it by surpassing the 50 percent threshold on Tuesday -- as the prospect becomes much more difficult if Republicans unify for a runoff.

Republican Ron Estes won the Kansas seat last week after fending off a major charge by the Democratic candidate, James Thompson. Though the GOP retained the seat, the vote was seen as at least some form of a rebuke against Trump -- because Republicans have never had as much trouble winning in the 4th District.