"You can live where you like, get anywhere fast, and leave behind a healthy planet," aerospace startup Zunum Aero says of its plans.

April 6 (UPI) -- Two of the biggest names in the sky -- Boeing and JetBlue -- are investing in Zunum Aero, a Seattle-based firm that is developing small electric aircraft it says will increase short-haul commercial flight efficiency, reduce fare prices and start the era of green air travel within the next decade.

The innovation and venture branches of The Boeing Company and JetBlue Airways announced investments in the startup Wednesday.

"Our ability to identify, shape and harness game-changing innovations wherever they are developed is key to sustaining and growing our leadership in aerospace," Boeing CEO Dennis Muilenburg said in a statement.

The newly created "innovation cell" of the Chicago-based aerospace giant, Boeing HorizonX, will seek to support new and emerging technologies.

JetBlue Technology Ventures, a similar tech spinoff of the popular airline, is joining Boeing in the endeavor, which it calls "a game-changer" in the future of air travel.

Zunum Aero aims to revolutionize passenger flight with the creation of both hybrid and fully electric aircraft -- which it says will initially have flight ranges of up to 700 miles. Its planes will fly into 5,000 U.S. regional airports and streamlined security will allow passengers to board them in minutes, the company says.

The goal is to have the smaller, environmentally friendly planes in the sky -- with paying passengers -- by the early 2020s.

"We are dreamers, engineers and pilots primarily based in Washington, and with partners across the country," the company says on its website. "We are over 3 years into our journey toward democratizing access to high-speed travel. We are passionate about high-speed connectivity to every community and neighborhood, so you can live where you like, get anywhere fast, and leave behind a healthy planet."

Washington state has a long history with the aviation industry. For decades, Boeing developed its flagship aircraft, including the 747, and was headquartered in suburban Seattle. It maintains an operations facility in the city, but its main production and development operations are now located in the Midwest and East Coast. Wednesday, Washington Gov. Jay Inslee hailed the announcement, saying Zunum "is writing the next chapter of Washington's innovative aerospace story."

"The Boeing HorizonX team will build on Boeing's advanced technology and depth of aerospace expertise in design, development and manufacturing while bringing in outside perspectives and leveraging the speed and agility of a wide range of companies and research organizations," Boeing's executive vice president for development and strategy, Greg Smith, said. "As part of our company strategy to accelerate growth and productivity, we intend to be flexible and move quickly to identify technologies, business models and market opportunities that hold the promise of creating and delivering more value for our customers and other stakeholders."

In its announcement Wednesday, Boeing HorizonX also announced an investment in software-maker Upskill, for "augmented reality wearables focused on enhancing productivity, quality and safety in manufacturing, field service and logistics."

Boeing, which last week successfully completed the first flight of its more environmentally friendly 787-10 Dreamliner, said it's been working with Washington, D.C.-based Upskill for more than two years to evaluate the use of its technologies. 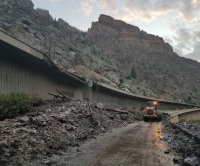 U.S. News // 17 hours ago
Man killed by multiple bee stings from 100-pound beehive, others injured
July 31 (UPI) -- One person was killed and several others were injured when bees from a 100-pound beehive stung people in an Arizona neighborhood. 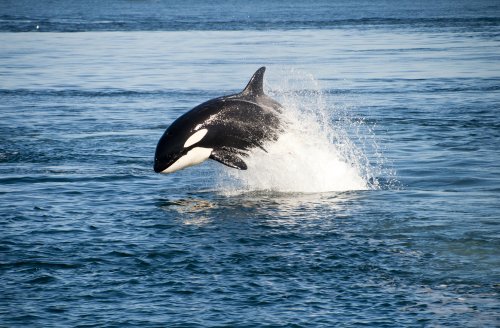