April 4 (UPI) -- Vice President Mike Pence, along with other White House officials, met with members of the conservative House Freedom Caucus to renegotiate and possibly revive the Republicans' attempt to repeal and replace the Affordable Care Act, the chairman of the caucus said.

The members of Donald Trump's administration, including Chief of Staff Reince Priebus and Budget Director Mick Mulvaney, met with the Freedom Caucus members late Monday on Capitol Hill and presented an idea to Freedom Caucus members that would allow states to apply for federal waivers exempting them from some health insurance mandates established under Obamacare.

Though the Freedom Caucus officially said no formal draft proposal has been presented to its members, Rep. Mark Meadows, R-N.C., the chairman of the Freedom Caucus, sounded optimistic. He said no deal is yet in place.

"There is no deal in principle; there is a solid idea that was offered," Meadows told reporters after the meeting. "We're certainly encouraged by the progress we seem to be making," he added.

House Speaker Paul Ryan in late March canceled the House vote over the Republican's first effort under Trump to repeal and replace Obamacare, the American Health Care Act, after it became clear the effort would not pass. Ryan described the death of the bill as a "disappointing day."

Trump strongly supported and courted members of Congress to push for them to support the AHCA. All Democrats, some moderates and several members of the Freedom Caucus opposed the bill.

Many Freedom Caucus members said they did not support the bill because it did not do enough to dismantle Obamacare. After the loss, Trump targeted the Freedom Caucus on Twitter.

"The Freedom Caucus will hurt the entire Republican agenda if they don't get on the team, & fast. We must fight them, & Dems, in 2018!" Trump tweeted.

U.S. News // 22 minutes ago
'We let you down': Execs testify in Congress to explain U.S. shortage of baby formula
May 25 (UPI) -- Officials from the Food and Drug Administration and U.S. manufacturers of baby formula will appear in Congress on Wednesday to testify about what's causing the ongoing formula shortage and what the answers might be.

U.S. News // 4 hours ago
Glencore agrees to pay $1.1B to settle bribery, price-fixing charges
May 25 (UPI) -- Glencore International has pleaded guilty to running a multinational bribery scheme and manipulating fuel oil prices in the United States and will pay some $1.1 billion in penalties.

U.S. News // 6 hours ago
U.S. sanctions Hamas official, facilitator network
May 24 (UPI) -- The United States blacklisted a Hamas finance official and an expansive network of facilitators and companies across the Middle East and North Africa that generate funds for the Palestinian militant organization.

U.S. News // 11 hours ago
Biden to lawmakers: 'It's time to act' on gun control after Texas school shooting
May 24 (UPI) -- President Joe Biden called for gun control legislation following the mass shooting at a Texas elementary school that left 19 students and two adults dead on Tuesday. 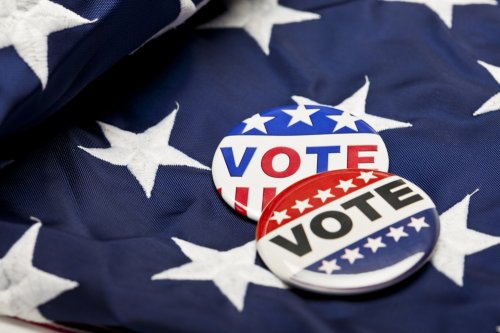 U.S. News // 11 hours ago
More than 80 senators urge Biden to expedite Sweden, Finland NATO admission
May 24 (UPI) -- A group of more than 80 senators led by Sens. Thom Tills, R-N.C., and Jean Shaheen, D-N.H., on Tuesday sent a letter to President Joe Biden urging him to expedite the process of allowing Sweden and Finland to join NATO.
Advertisement