Ford to invest $1.2B in Michigan factories 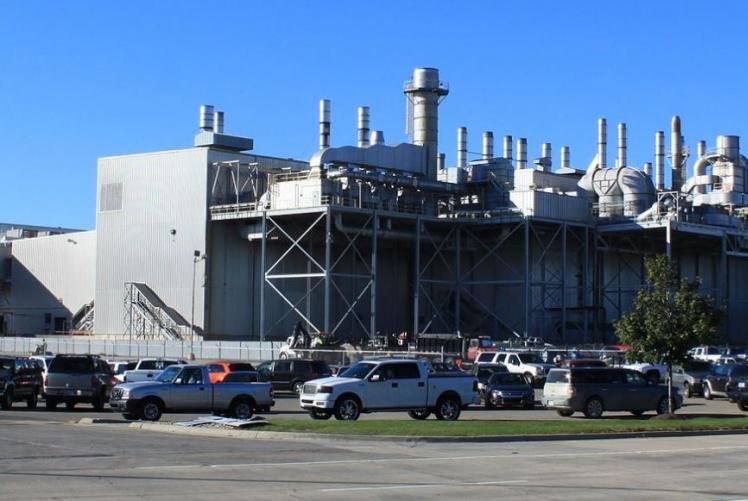 Ford announced plans Tuesday to invest $12.2 billion in three Michigan factories, including $850 million for a planned upgrade at a plant in Wayne for the Ford Bronco and the Ford Ranger. The Michigan Assembly Plant currently makes the Focus and C-Max. Photo by Dwight Burdette/Wikimedia Commons

March 28 (UPI) -- Ford announced Tuesday it will invest $1.2 billion in three factories in Michigan that were part of negotiations two years ago with the United Auto Workers Union.

The bulk of the investment -- $850 million -- will be used for a planned upgrade at a plant in Wayne for the Ford Bronco SUV and the Ford Ranger pickup truck, the company announced. The Michigan Assembly Plant will begin building Ranger at the end of 2018 and Bronco in 2020.

The company will invest $150 million and create 130 jobs at an engine plant in Romeo for several vehicles, including Ranger and Bronco, at Romeo Engine Plant in Michigan.

And $200 million be spent on a data center in Flat Rock for vehicle connectivity and developments in driverless vehicles.

"These Michigan Assembly Plant and Romeo Engine plant announcements are consistent with what we agreed to and talked about with the UAW in 2015 negotiations," said Joe Hinrichs, Ford's president of the Americas, at a news conference.

At the Detroit auto show, Ford announced it plans to build the Ranger and Broncos at the plant.

"Ford's roots run deep in Michigan's 12th District, and these investments bolster the company's dedication to building its highest-tech vehicles here in the U.S. and strengthen its commitment to American workers," U.S. Rep. Debbie Dingell, a Democrat, said. "Ford's announcement of a new advanced data center at the Flat Rock Assembly Plant also further positions the company as a leader in the future of mobility, including the development of connected and automated vehicles."

The Wayne plant is now building the Ford Focus and Ford C-Max. The automaker will move production of the small cars to its plant in Hermosillo, Mexico. The 4,000 employees in Detroit then will move to the new models.

Hinrichs said in a statement the company was "proud to be going even further in our commitment to invest in manufacturing here at home."

Ford CEO Mark Fields, along with General Motors CEO Mary Barra and Fiat-Chrysler CEO Sergio Marchionne, met with President Donald Trump in January. The president promised the CEOs he would ease environmental regulations on new vehicles in order to grow investment and jobs in the United States.

"Big announcement by Ford today. Major investment to be made in three Michigan plants. Car companies coming back to U.S. JOBS! JOBS! JOBS!" he posted.

General Motors and Fiat-Chrysler, also have made investment announcements since Trump won the presidential election in November.

Hinrichs said state tax incentives are a factor in Ford's decision to invest in Michigan plants.

The Michigan Strategic Fund's board on Tuesday approved an economic development incentive package of just over $20 million over 15 years because of Ford's plans to invest $1.9 billion at Michigan plants and abandoning plans to construct a $1.6 billion new plant in Mexico to build the Focus.

U.S. News // 40 minutes ago
Man charged with murder, assault in Portland hit-and-run rampage
Jan. 28 (UPI) -- A district attorney in Oregon has charged a 64-year-old man with murder, accusing him of driving his car into several people, including a grandmother who died in the vehicular attack.

U.S. News // 8 hours ago
U.S. markets fall amid negative Fed outlook, GameStop speculation
Jan. 27 (UPI) -- The Dow Jones Industrial Average had its worst day since October and the S&P 500 erased its gains for the year amid pessimism from the Federal Reserve and concern over speculative trading of GameStop and AMC stock.

U.S. News // 8 hours ago
Homeland security warns of domestic extremism threat
Jan. 27 (UPI) -- The Department of Homeland Security issued a national terrorism advisory bulletin Wednesday warning of a heightened threat throughout the United States inspired by an attack at the U.S. Capitol three weeks ago.

U.S. News // 10 hours ago
Tornado causes damage at Tallahassee Airport
A severe thunderstorm spun up a tornado that struck the Tallahassee International Airport in Florida just before noon on Wednesday, causing damage and forcing the airport to be shut down temporarily.