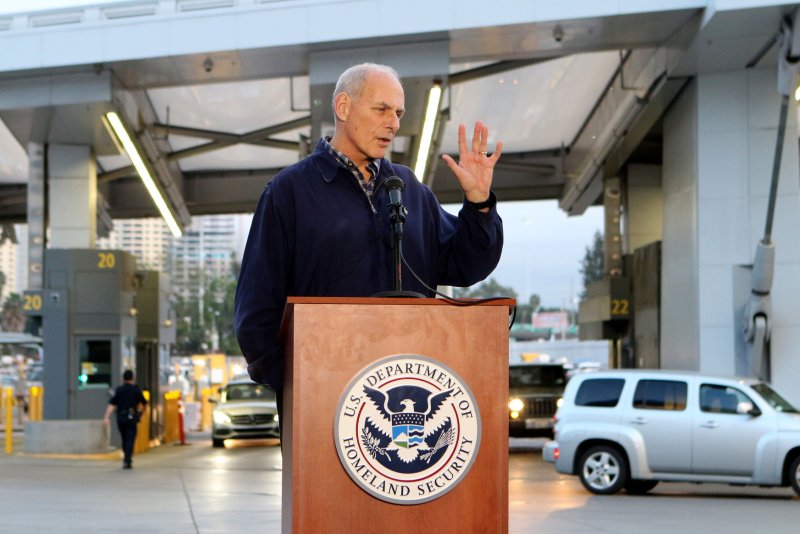 The first, entitled Implementing President's Border Security and Immigration Enforcement Improvements, outlines specific policies for deportation of people in the country illegally, talks of partnering with local law enforcement agencies to arrest criminal undocumented immigrants and cracks down on human smugglers who bring children into the country illegally.

"It implements new policies designed to stem illegal immigration and facilitate the detection, apprehension, detention, and removal of aliens who have no lawful basis to enter or remain in the United States. It constitutes guidance to all Department personnel, and supersedes all existing conflicting policy, directives, memoranda, and other guidance regarding this subject matter -- to the extent of the conflict -- except as otherwise expressly stated in this memorandum," the memo reads.

The memo also asks all department heads to "identify and quantify all sources of direct and indirect federal aid or assistance to the government of Mexico" and specifies the hiring of 5,000 additional Border Patrol agents and 500 additional Air & Marine agents/officers.

The other memo, called Enforcement of the Immigration Laws to Serve the National Interest., details implementation of executive actions Donald Trump signed soon after he became president last month to build a wall on the border with Mexico and to increase enforcement of the nation's immigration laws.

But President Barack Obama's protection in 2012 of undocumented immigrants brought to the country as children will continue to be honored. Known as Deferred Action for Childhood Arrivals, or DACA, work permits to more than 750,000 immigrants who came to the country illegally as children were granted. A Homeland Security official, in a briefing with reporters Tuesday, said Obama's order will be honored as long as they follow the program's rules.

The changes place all other undocumented immigrants at risk of deportation.

ICE and Customs and Border Protection previously used "expedited removal" for people in the country illegally who were caught within 100 miles of the border less than 14 days after they entered the United States. Under the new policy, if someone can't prove he or she has been living in the United States continuously for two years, they could now be eligible for expedited removal.

Customs agents can send some people directly back to Mexico, even if they are not residents of that country. Previously, people from all other countries, were detained until they could be flown back to their country of origin.