Sending in troops is among the ideas military planners will present to President Donald Trump at the end of the month to speed up the fight against the Islamic State.

The Pentagon is reportedly considering sending ground troops to Syria in an effort to speed to fight against the Islamic State, an idea U.S. President Donald Trump endorsed on the campaign trail last year and Defense Secretary James Mattis told Congress during his confirmation hearing that he may be open to. Pictured, Trump, Mattis and Vice President Mike Pence as the president signs an executive order authorizing more strict vetting of refugees coming to the United States. Pool photo by Olivier Douliery/UPI | License Photo

Feb. 15 (UPI) -- The U.S. military has worked with anti-Islamic State groups in Syria by providing training and assistance as they battle the militant group, but the United States may soon start taking a more active role in the country.

The Pentagon is reportedly working on plans to potentially send traditional ground troops into Syria to help clear Islamic State militants from the country.

There are about 500 advisers on the ground in Syria working to help the fight against the Islamic State, also known as ISIS, ISIL and Daesh, with the idea being that the battle against the militant group could be sped up.

"We are in the process of conducting our 30-day review of the strategy to defeat ISIS as directed by the president," Navy Capt. Jeff Davis, a Pentagon spokesman, told The Military Times. "We are considering a number of measures to accelerate the campaign as part of that review, but no decisions have been made."

President Donald Trump indicated last year on the campaign trail he was open to sending troops into Syria, and asked military leaders to fast track plans for defeating ISIS since taking office.

Officials at the Department of Defense say deploying more troops to the region is not yet a formal proposal, but more of a discussion as military planners look to shift how troops are sent to the region -- many would like to increase the number deployed to Iraq as well -- and what their mission would be.

In Syria, more support is needed in the battle for Raqqa, the Syrian city ISIS has taken as its capital, and U.S. troops could be used to protect safe zones in Syria for those fleeing the six-year-old civil war should they be put in place.

Trump expects to see a proposal for defeating ISIS by the end of the month, and troops could be on the ground there within weeks if a stepped-up effort is approved in Syria by the president, however Department of Defense officials say no deployments are imminent at this time.

U.S. News // 1 hour ago
Michigan Senate rejects Donald Trump's claim that election was stolen
June 23 (UPI) -- A months-long investigation of the presidential election led by Michigan Republican lawmakers found that claims by former president Donald Trump about widespread voter fraud were false, according to a report. 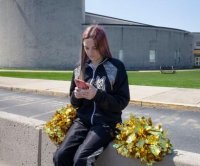 U.S. News // 3 hours ago
Supreme Court says Pa. school wrong to suspend cheerleader over obscene post
June 23 (UPI) -- In a key freedom of speech case, the U.S. Supreme Court on Wednesday ruled in favor of a former Pennsylvania cheerleader who sued her high school when she lost her spot on the squad over an obscene social media post.

U.S. News // 12 hours ago
FAA unveils $8B in grants for airports impacted by pandemic
June 23 (UPI) -- The Federal Aviation Administration has announced it will be awarding $8 billion in grants to aid airports suffering amid the coronavirus pandemic.