Feb. 5 (UPI) -- The Bears Ears National Monument was established by former President Barack Obama during the final days of his presidency. Now, Republicans are working to get rid of it.

On Friday, Utah Governor Gary Herbert signed a resolution challenging the monument. The bill was sent to him by the state's senate. It calls on President Donal Trump to rescind the national monument status from Bears Ears. Lawmakers hope the president could act on their resolution as early as this week.

State senators debated the bill before ultimately passing and sending the resolution to the governor. The bill's proponents, who question the legality of the Antiquities Act, say Obama's designation was an abuse of federal power.

"I'm telling you this is something we ought to oppose this process. This is something as a state we have a vested interest in making sure our citizens are heard and our counties are not carved up so I vote aye!" Utah Senate Majority Leader Ralph Okerlund, R-Monroe, said during deliberations.

The Antiquities Act was originally signed by Teddy Roosevelt. It grants the president power to establish national monuments to protect ancient artifacts and ruins.

The Bears Ears National Monument established protection of 1.3 million acres surrounding a pair of buttes in southeastern Utah. Much the land, which borders Canyonlands National Park and Glen Canyon National Recreation Area, is considered sacred by local Native American Tribes, including the Navajo Nation, Hopi, Ute Mountain Ute, Ute Indian Tribe of the Uintah and Ouray Reservation and the Pueblo of Zuni.

The monument -- and the Antiquities Act -- is also facing opposition from politicians in Washington.

"Under the Antiquities Act, there is no ability of having any input," Congressman Rob Bishop, R-Utah, chairman of the House Committee on Natural Resources, told NPR. "No one ever gets to have a say, you don't work out things in advance. It has to be a gotcha moment where the president unveils something unilaterally." 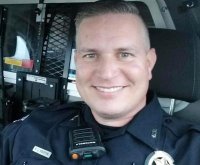