Rex Tillerson sworn in as secretary of state

Tillerson, one of President Trump's more controversial picks, was cleared by the full Senate Wednesday.

Feb. 1 (UPI) -- The U.S. Senate voted Wednesday to confirm one of President Donald Trump's top Cabinet officials -- Rex W. Tillerson for secretary of state, who was sworn in at the White House hours later.

The upper chamber voted 56-43 to approve the former ExxonMobil chief executive during a session Wednesday afternoon as the government's 69th secretary of state.

The Senate Foreign Relations Committee approved the nomination last week, by a vote of 11-10 along party lines.

In comments before Vice President Mike Pence gave the oath of office to Tillerson, Trump lauded the new secretary of state and his expectations for him, saying that it is "time to bring a clear-eyed focus to foreign affairs. All of us are better off when we act in concern and not conflict. There's rarely been conflict in the world like we see today. Very sad."

Tillerson's candidacy faced potential rejection in committee after terse questioning from Sen. Marco Rubio, R-Fla., and potential opposition from Sen. John McCain, R-Ariz. Rejection from either senator could have torpedoed his nomination, but both ultimately voted in favor of his appointment.

Democrats have criticized Tillerson's nomination due to his past dealings with Russian President Vladimir Putin and other potential conflicts from his decades-long career with the oil company. Republicans have lauded him as a savvy and knowledgeable businessman with a good eye for diplomacy.

In his testimony to the Senate committee earlier this month, Tillerson called Russia an "unfriendly adversary" which poses a "danger" as it attempts to advance its own interests in eastern Europe.

Tillerson, 64, takes over at the U.S. Department of State for John F. Kerry, former President Barack Obama's secretary of state for four years after he succeeded Hillary Clinton. 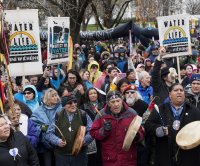 U.S. News // 4 hours ago
U.S. markets fall amid continued volatility, mixed quarterly earnings reports
Jan. 27 (UPI) -- U.S. markets closed the day with losses after posting gains earlier in the session with all three major indexes down for the week.

U.S. News // 5 hours ago
Transportation Department outlines strategy to reduce traffic deaths
Jan. 27 (UPI) -- The Department of Transportation is targeting a rise in traffic fatalities, and will use federal infrastructure funding to implement a new strategy outlined Thursday. 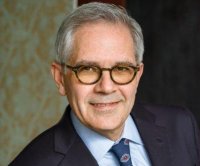 U.S. News // 5 hours ago
Philadelphia man has murder charges dropped 37 years after false testimony
Jan. 27 (UPI) -- A Philadelphia man who spent 37 years in prison for murder had all charges against him dropped by the district attorney's office Thursday.