Texas Attorney General Ken Paxton speaks to the media after the Supreme Court heard arguments in the Whole Woman’s Health v. Hellerstedt case, at the Supreme Court in Washington, D.C. on March 2, 2016. Paxton plans to appeal a preliminary injunction issued by U.S. District Judge Sam Sparks on Friday blocking rules equiring fetal remains from abortions or miscarriages in Texas to be buried or cremated. Photo by Kevin Dietsch/UPI | License Photo

Jan. 28 (UPI) -- A federal judge blocked a Texas law requiring fetal remains from abortions or miscarriages be buried or cremated.

U.S. District Judge Sam Sparks blocked the law on Friday, ruling that the guidelines for disposal of fetal remains places undue burdens on access to abortion which "substantially outweigh the benefits," the Austin American-Statesman reported.

The rule would require fetal remains to be buried or cremated and appropriately buried or scattered. It did not apply to miscarriages at home or to early-term, drug-induced abortions.

Sparks issued the preliminary injunction prohibiting the rule from going into place indefinitely after two days of hearings. He said the new standards were vague and invited interpretations that would allow state health officials "to exercise arbitrary, and potentially discriminatory, enforcement on an issue connected to abortion and therefore sensitive and hotly contested."

The judge said the new policy offered no health benefits and only replaced tissue-disposal regulations that caused no health problems. Sparks said it appeared the rule "may be pretext for restricting abortion access."

The injunction will remain in place until the case is decided after a trial date is set in about a month, according to The Dallas Morning News.

Texas Attorney General Ken Paxton plans to immediately appeal the decision in an attempt to preserve "the dignity of the unborn."

"Today's ruling, however, reaffirms that the abortion lobby has grown so extreme that it will reject any and every regulation no matter how sensible," Paxton said. "Indeed, no longer content with merely ending the life of the unborn, the radical left now objects to even the humane treatment of fetal remains."

State Rep. Byron Cook proposed a similar policy known as House Bill 201 which would require health care facilities to bury or cremate fetal remains, with a $1,000 fine for each infraction.

"Today's ruling is disappointing," Cook said. "However, the two-day court hearing provided us with essential input to ensure we pass good, constitutionally sound public policy. Committed to changing antiquated, abhorrent practices that do not offer dignity for unborn children, as we do for all deceased humans, I am committed to pursuing this important endeavor."

Abortion providers in Texas sued the state regarding the rule in 2016. They claimed it imposed a religious ritual on women and could lead clinics to close as few vendors are willing to perform cremation and burial services for tissue from abortions.

"Anti-abortion attacks cannot and will not slow us down," Amy Hagstrom-Miller, president of Whole Woman's Health, said. "It is so important that our resiliency continues to blaze a path so that people in all communities are inspired to stand up and continue to fight back against political interference that attempts to regulate our lives." 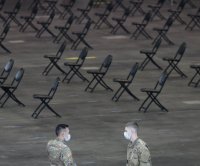 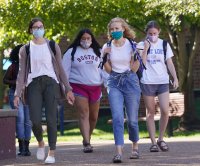