A Delta Airlines employee, who is Muslim and wears a hijab, was attacked at the John F. Kennedy International Airport on Wednesday night by Massachusetts man, who now faces several hate crime charges. File Photo by John Angelillo/UPI | License Photo

Jan. 27 (UPI) -- Queens District Attorney Richard A. Brown said a Massachusetts man was charged with hate crimes for allegedly berating and kicking a Muslim worker at John F. Kennedy International Airport while saying President Donald Trump will "get rid of all of you."

It started when Rhodes walked up to Khan, who was sitting in her office.

said the incident -- in which Rhodes is accused of making reference to the Islamic State, also known as ISIS, Daesh and ISIL -- started when Rhodes walked up to Khan, who was sitting in her office.

'"Are you [expletive] sleeping? Are you praying? What are you doing?"' he asked her.

Rhodes then punched the door, which hit the back of Khan's chair, and when Khan asked Rhodes what she did to him, Rhodes said, '"You did nothing but I am going to kick your [expletive]."'

When someone attempted to calm down Rhodes, he moved away from the door and Khan ran out of the office and to the front desk of the lounge.

During the tirade, Rhodes made reference to the Islamic State, also known as ISIS, Daesh and ISIL

"It is alleged, however, that Rhodes followed her and got down on his knees and began to bow down in imitation of a Muslim praying and shouted, 'Expletive] Islam, [Expletive] ISIS, Trump is here now. He will get rid of all of you. You can ask Germany, Belgium and France about these kind of people. You will see what happens,'" Brown said.

When he was arrested, Rhodes told police, "I guess I am going to jail for disorderly conduct. I couldn't tell if it was a man or woman because their back was to me and they had something covering their head."

U.S. News // 1 minute ago
Biden will not ease U.S. travel ban for Europe, Brazil travelers, official says
Jan. 19 (UPI) -- President-elect Joe Biden's administration has signaled it will cancel a move by the Trump administration to lift COVID-19 travel bans to the United States from most of Europe and Brazil. 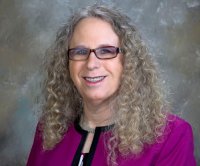 U.S. News // 4 hours ago
Washington, D.C., set for slate of events Wednesday for Biden-Harris inauguration
Jan. 19 (UPI) -- Amid a global pandemic and the heaviest security of any inauguration in modern American history, President-elect Joe Biden is set to be sworn in Wednesday as the 46th president of the United States.

U.S. News // 9 hours ago
Florida COVID-19 whistleblower turns herself in to police
Jan. 19 (UPI) -- The former Florida Department of Health data scientist who says she was fired after refusing to doctor the state's COVID-19 data has turned herself in to the police after a warrant had been issued for her arrest.

U.S. News // 12 hours ago
Pentagon to vet National Guard for 'insider threat' ahead of inauguration
Jan. 18 (UPI) -- Acting Defense Secretary Christopher Miller on Monday said officials will vet the thousands of National Guard troops who will provide security in Washington, D.C., for the inauguration of President-elect Joe Biden.