Jan. 24 (UPI) -- The National Weather Service said a nor'easter on Tuesday will bring a mix of snow, sleet and freezing rain to the Northeast, where strong winds were recorded.

The storm will move northeast into the Canadian Maritimes by Thursday. Rain, possibly heavy, is forecast to fall in the northern Mid-Atlantic/southern Northeast region on Tuesday and into Wednesday.

A wintry mix of weather will occur on Tuesday from the Appalachians to Maine, becoming limited to northern Maine by Wednesday morning.

"Winter weather advisories and winter storm warnings are in place across portions of New York state and much of New England," the National Weather Service said in a statement. "Coastal flooding is likely from the Delmarva to southern Long Island and portions of southern New England."

The Weather Channel reported 1 to 3 inches of snow accumulated in some parts of Connecticut, central Pennsylvania and central and western Massachusetts. Several parts of Boston, including Cape Cod and Logan Airport, clocked wind gusts of up to 50 mph. The strong winds are expected to continue, which could knock down trees and powerlines.

This nor'easter is no joke down here in Atlantic City! Waves overtaking the sea wall! I'm live at the coast starting at 4p! pic.twitter.com/Xc8k1PwCXy 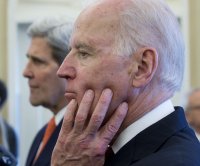 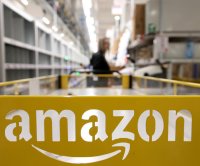