Donald Trump sworn in as 45th president of the United States

President Donald Trump walks with first lady Melania Trump during the inauguration parade on Pennsylvania Avenue in Washington, D.C., on Friday after he became the 45th President of the United States. Pool photo by Evan Vucci/UPI | License Photo

President Donald Trump waves as he walks with first lady Melania Trump and their son Barron, left, during the inauguration parade along Pennsylvania Avenue in Washington, D.C., on Friday. Pool photo by Evan Vucci/UPI | License Photo

President Donald Trump takes the oath of office at his inauguration on Friday, becoming the 45th president of the United States. Photo by Georges De Kerlee/UPI | License Photo

President Donald Trump takes the Oath of Office at his inauguration on January 20, 2017 in Washington, D.C. Trump became the 45th President of the United States. Photo by Pat Benic/UPI | License Photo

President Donald Trump gestures after his address at the inauguration ceremony at the U.S. Capitol on Friday. Photo by Pat Benic/UPI | License Photo

President Donald Trump greets President Barack Obama after taking his oath of office at the inauguration ceremony at the U.S. Capitol on Friday. Photo by Mike Theiler/UPI | License Photo

An officer salutes during the National Anthem at the inauguration ceremony on Friday that enshrined Donald Trump as the 45th President of the United States. Photo by Michael Wiser/UPI | License Photo

Secret Service agents escort President Donald Trump's motorcade along the inauguration day parade route after he was sworn in as the 45th President of the United States in Washington, D.C., on Friday. Pool photo by Evan Vucci/UPI | License Photo

Jan. 20 (UPI) -- Donald Trump, accompanied by family and four former presidents, stood on the Capitol steps Friday, reciting the oath of office to become the 45th leader of the United States.

Using two Bibles -- one that belonged to Abraham Lincoln and one a childhood gift from his mother -- Trump spoke the 42 words of the oath administered by Chief Justice John Roberts. Prior to his swearing in, Mike Pence was sworn in as vice president by Associate Justice Clarence Thomas.

Speaking to a crowd of hundreds of thousands stretching more than a mile down the National Mall watching on a series of large video screens, Trump promised to wrest power from entrenched political interests in Washington and return it to the people.

"For too long a small group in our nation's capital has reaped the rewards of government while people have born the cost. Washington flourished, but people did not share in the wealth. Their victories have not been your victories. Their triumphs have not been your triumphs," Trump said in his inaugural address. "That all changes starting right here and right now. Because this moment is your moment. It belongs to you."

Inauguration Day went off with the precision associated with the peaceful transition of power in the United States. As others have done before him, Trump, accompanied by his wife Melania, attended a church service at St. John Episcopal Church just across from the White House. The first couple then made the short drive to 1600 Pennsylvania Ave., the address they will officially call home for the next four years.

Once there, they were greeted by outgoing President Barack Obama and first lady Michelle Obama. The two couples then had a customary private coffee and tea reception in the Blue Room before departing together for the mile-and-a-half drive to the Capitol where the swearing-in traditionally takes place.

Onlookers crowded the National Mall -- many supporters, but also a significant number of protesters opposed to Trump. Security surrounding the event was tight, but the crowd braved a chilly, 44-degree day and intermittent rain showers in the hours leading up to the ceremony.

Prior to Trump's arrival on the dais, dignitaries and former presidents were slowly introduced.

As is customary, the former presidents were on hand to witness the proceedings. Among them were Jimmy Carter, George W. Bush and Bill Clinton, whose wife, Hillary Clinton, Trump defeated in the November election. The Clintons received a mostly warm greeting from the crowd. Hillary Clinton smiled broadly and waved to the crowd, singling out individuals in the close VIP section. Obama also received cheers upon being introduced -- greeted for the final time by a rendition of Hail to the Chief by the United States Marine Band.

Prayers were offered by Cardinal Timothy Dolan, the archbishop of New York, who recited verses from the Old Testament Book of Wisdom and Samuel Rodriguez of the National Hispanic Christian Leadership Conference, who read from the Gospel of Matthew. The invocation was delivered by Pastor Paula White-Cain of New Destiny Christian Center. Musical performances included the Missouri State Choir and the Mormon Tabernacle Choir's rendition of God Bless America.

Of all the lawmakers, past presidents and members of the other branches of government, one was not present: Obama Homeland Security Secretary Jeh Johnson, who, in accordance with security protocol for events where so many officials are gathered in the same place, watched from a secure location as the "designated survivor" in the event of a catastrophic event. 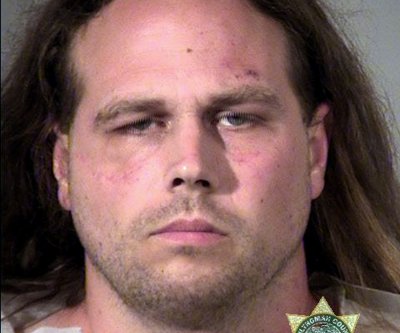 U.S. News // 1 hour ago
Oregon man found guilty of double murder amid anti-Muslim rant
Feb. 22 (UPI) -- An Oregon jury has found a man guilty of murder for fatally stabbing two men trying to stop him during an anti-Muslim rant in 2017.

U.S. News // 2 hours ago
Final week of February to bring multiple chances for snow across U.S.
Feb. 22 (UPI) -- As February enters its final week, AccuWeather forecasters are eyeing two storms that have the potential to dump snow on areas from the central Plains and middle Mississippi Valley to the Great Lakes region.

U.S. News // 14 hours ago
Even as snowstorm leaves N.C., officials urge people to 'stay off the roads'
Feb. 21 (UPI) -- A quick-hitting storm painted a wintry scene across the Carolinas and Virginia on Thursday, spreading snow across some of the region's largest cities. 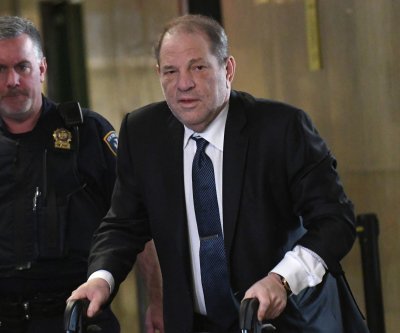 U.S. News // 19 hours ago
Weinstein trial: Jurors deadlocked on 2 charges; judge orders more deliberations
Feb. 21 (UPI) -- The judge in Harvey Weinstein's sexual assault trial ordered jurors to resume deliberations after they told him they were deadlocked on two of the charges Friday.

U.S. News // 19 hours ago
UPI News Quiz: Test your knowledge of the week's events
Take the UPI News Quiz for the week of Feb. 17 and see how much you know about what's going on.