"My father was a real Superman," son Conor said in his eulogy at New York's St. Patrick's Cathedral Friday.

Patti Ann Mc­Donald holds a folded flag during a memorial service for NYPD Det. Steven McDonald at St. Patrick's Cathedral in New York City on Friday. McDonald, who was paralyzed after a 1986 shooting and became a symbol of strength and integrity, died Tuesday after suffering a heart attack last week. Photo by John Angelillo/UPI | License Photo

Patti Ann Mc­Donald, son Conor and other relatives of NYPD Det. Steven McDonald follow the casket containing the heroic officer near St. Patrick's Cathedral in New York City on Friday. McDonald, who was paralyzed after a 1986 shooting and became a symbol of strength and integrity, died Tuesday after suffering a heart attack last week. Photo by John Angelillo/UPI | License Photo

Patti Ann Mc­Donald, son Conor and other relatives of NYPD Det. Steven McDonald gather near St. Patrick's Cathedral in New York City on Friday. McDonald, who was paralyzed after a 1986 shooting and became a symbol of strength and integrity, died Tuesday after suffering a heart attack last week. Photo by John Angelillo/UPI | License Photo

Patti Ann Mc­Donald and son Conor and the family of Hero NYPD Detective Steven McDonald react as they follow the casket and Archbishop Timothy Dolan after the funeral services for the detective at St. Patrick's Cathedral in New York City on January 13, 2017. The officer who was shot by a teen in Central Park in 1986 and paralyzed from the neck down, died Tuesday, days after going into cardiac arrest. Photo by John Angelillo/UPI | License Photo

Security personnel at Trump Tower in New York City stand and salute while awaiting the funeral procession for NYPD Det. Steven McDonald, who was paralyzed in 1986 after being shot by a teen assailant in nearby Central Park. Pool photo by Albin Lohr-Jones/UPI | License Photo

NEW YORK, Jan. 13 (UPI) -- Though he was confined to a wheelchair for three decades, late New York City Police Department Det. Steven McDonald nonetheless stood tall in his embodiment of bravery, honor and humanity -- according to friends and relatives at his memorial service Friday.

McDonald, paralyzed from the neck down after he was shot in Manhattan's Central Park in the 1980s, was eulogized as the flag-bearer for integrity that the entire New York police force should try to measure up to.

Hundreds gathered Friday for the police veteran's tribute at St. Patrick's Cathedral, in midtown Manhattan. McDonald died of a heart attack Tuesday at the age of 59.

"Thank you so much for showing tribute to my beautiful, amazing father," his son, Conor, said during his eulogy.

"I never thought this day would come. My father was a real Superman ... He was the greatest man I could have asked for to be my father."

Friday's service included the traditional bagpipe tribute along Fifth Avenue outside the cathedral, and a police honor guard carrying the casket -- and dozens of officers decked out in their dress blues.

"Steven McDonald was the strongest person I ever knew," O'Neill said.

"Millions were moved by his example," added de Blasio.

McDonald has been a revered figure in New York for 30 years.

On July 12, 1986, the detective and another officer were patrolling Central Park when McDonald stopped to question a 15-year-old boy. While questioning the teen about a bicycle theft, the boy abruptly pulled a gun and shot McDonald three times -- in the head, neck and spine.

McDonald survived the attack but spent months in the hospital. More than a year later, he was discharged and returned home, but lived with the devastating impact of the shooting for the rest of his days. The wounds had made him a quadriplegic and gave him a speech disability.

Initially, doctors weren't sure whether the detective first-grade could survive for days, much less years.

Having been put through such a painful ordeal, McDonald surprised the country when he chose to confront the new challenges of his life head-on -- and bore no animosity toward his attacker, Shavod "Buddha" Jones.

"I forgive him, and I hope that he can find peace and purpose in his life," McDonald wrote in a letter while recovering in the hospital, a note his wife read to the press following the baptism of his then-one-month-old son, Conor.

"I became a police officer to help the people of New York in any small way I could," the letter continued. "When I first wore the badge of a police officer, I was so proud to and hoped that I would be able to live up to its tradition of courage and compassion."

Jones spent eight years in prison for the shooting. He was killed in September 1995, three days after his release, after being hit by a car not far from the crime scene in Central Park.

Conor McDonald, now himself a member of the NYPD, never lost sight of the grace and magnitude of the legacy his father built. At 29, he's the same age his father was that day his life changed in Central Park.

"When God made my dad, he broke the mold," he said.

"It was never about him. It was never 'poor me.' It was about the treasure he held in that fragile and wounded vessel of his human body," Monsignor Seamus O'Boyle, a priest who married McDonald and his wife, Patti Ann, said Friday.

As many as 5,000 people were expected to attend Friday's service, which followed a two-day wake that drew thousands more.

U.S. News // 10 hours ago
Gov. DeSantis says state will accept Floridians from coronavirus-infected cruise ship
April 1 (UPI) -- Florida Gov. Ron DeSantis said Wednesday that he will allow a cruise ship -- on which nine people have tested positive for COVID-19 -- to dock in the state.

U.S. News // 12 hours ago
Storms poised to pummel Lone Star State prior to week's end
Thunderstorms will threaten to bring severe weather as well as needed rainfall to portions of central and southern Texas before the end of the week.

U.S. News // 13 hours ago
Texas stays third execution amid COVID-19 pandemic
April 1 (UPI) -- A Texas appeals court on Wednesday issued its third stay of execution amid a disruption to the judicial system brought on by the coronavirus pandemic. 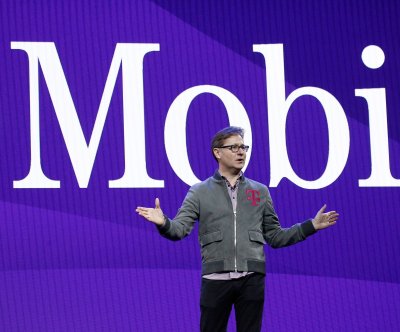