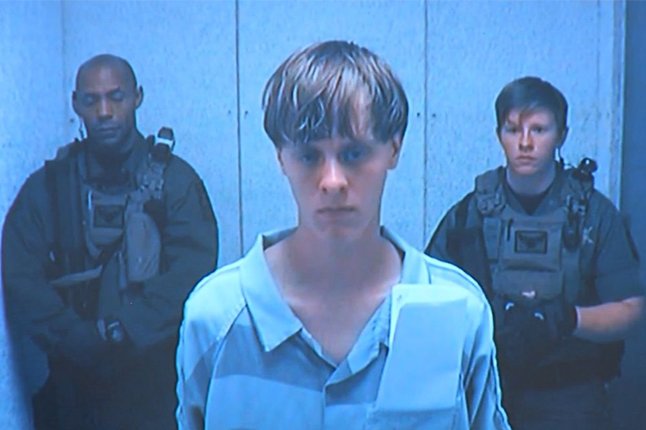 Dylann Roof, the man accused in a shooting spree that left nine dead at a historic Charleston, S.C., church, appears before a judge on June 19, 2015. A federal judge ruled Friday that he is competent to start trial. File photo by UPI/pool

CHARLESTON, S.C., Nov. 25 (UPI) -- Dylann Roof has been declared mentally competent to stand trial in the killing of nine people at the Mother Emanuel African Methodist Episcopal Church in South Carolina on June 17, 2015.

U.S. District Judge Richard Mark Gergel handed down the order Friday but sealed the factual reasons behind his decision. He noted the public disclosure would jeopardize his right to a fair trial under the U.S. Constitution.

Shortly after jury selection began Nov. 7, Gergel stopped the proceedings and conducted a closed-door hearing that included Roof and his defense team. He designated Dr. James C. Ballenger, a psychiatrist, as the court-appointed examiner.

In his ruling this week, Gergel said the trial will resume next week.

He originally expected to rule on the matter by Nov. 18 and proceed with jury selection by last Monday.

Roof faces 33 federal charges: nine counts of murder with a firearm and 24 civil rights violations, including 12 violations of the Hate Crimes Prevention. He could face the death penalty of convicted of the murder charges.

Roof had offered to plead guilty for a life sentence but the deal was rejected by prosecutors, who sought the death penalty.

Also, a trial in the state court system is scheduled to start in January on nine counts of murder and other charges.

Evidence in 'Making a Murderer' case to be retested FBI: Suspect in face-biting killings had no hallucinogenic drugs in his system Thomas Mair faces life in prison after conviction in murder of British MP Jo Cox

U.S. News // 2 hours ago
Facebook has a new parent company name -- Meta
Oct. 28 (UPI) -- Facebook founder and CEO Mark Zuckerberg announced Thursday that the parent company of the social network and its affiliates will change its name to Meta.

U.S. News // 3 hours ago
Lauren Cho's remains identified by San Bernardino coroner
Oct. 28 (UPI) -- The San Bernardino County Coroner's Division confirmed Thursday that remains found in the county's desert were those of New Jersey resident Lauren Cho, who had been missing since June. 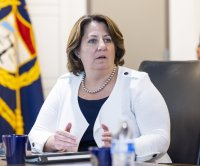