The bomb had no detonator and the plan to rob a bank was aborted when police were seen patrolling its parking lot.

Two people were arrested Wednesday in connection with a bomb threat at Magnolia Elementary School in Trussville, Ala., last week. Both confessed to police they were involved with the bomb scheme, which involved placing a fake bomb at a school to distract law enforcement officials, potentially shoot some of the law enforcement officials responding to the bomb threat and then rob a bank since police would be busy at the school. Carl Ballou/Shutterstock

TRUSSVILLE, Ala., Nov. 23 (UPI) -- A man and woman were arrested in Birmingham Wednesday in connection with a bomb threat and making other terroristic threats last week at an elementary school.

Zachary Edwards and Raphel Dilligard were arrested Wednesday after an investigation suggested they purchased parts and assembled a "bomb" left at Magnolia Elementary School on Nov. 16. They later told police their plan was to shoot first responders and then rob a nearby bank. The two have been charged with possession of a hoax destructive device, rendering false alarm and making terrorist threats.

While police said the bomb was not wired to detonate -- they did not elaborate on what that meant -- a device that appeared to be bomb-like was left on campus on Nov. 16, triggering the weeklong investigation that led to Edwards and Dilligard being arrested.

"When we first saw what we had, we knew this was something to take serious and we put on the full-court press. It disturbed us from the start,'' said Dave Hyche, assistant special agent in charge in Alabama for the Bureau of Alcohol, Tobacco, Firearms and Explosives.

Police showed up to Magnolia Elementary on Nov. 16 after receiving a 911 call from a woman who reported a bomb left on a pickup truck in a parking lot. The package, which was a box with wires and timer attached, appeared to include all the makings of a real bomb aside from a way to detonate.

Police later found out the cell phone used to make the 911 call belonged to the two suspects, who are in a relationship and live together. When checking out the bomb parts, investigators found the timer on the "bomb" was available at a local Walmart. After eliminating most of the other customers who bought it -- one was a sports coach -- police identified Dilligard on video buying the timer at the store.

Edwards and Dilligard confessed when they were brought in for questioning, with Edwards saying his plan was for first responders to gather in one place when the elementary school went on lockdown while the bomb was investigated, which would allow him to shoot some of them.

While police were at the school, and after he'd shot some of them, Edwards hoped to rob a local bank since police would have been distracted by the bombing and shooting. He abandoned this plan after the bomb was placed, however, because there was an officer patrolling the bank parking lot.

"I've never seen this well-orchestrated and rapid a response time," Hyche said of the instant coordination between law enforcement agencies and the school to handle the situation. "A lot of these times these things aren't taken very seriously, but everybody treated this like this was a school with our kids." 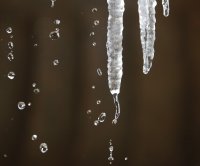 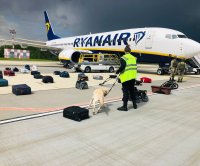