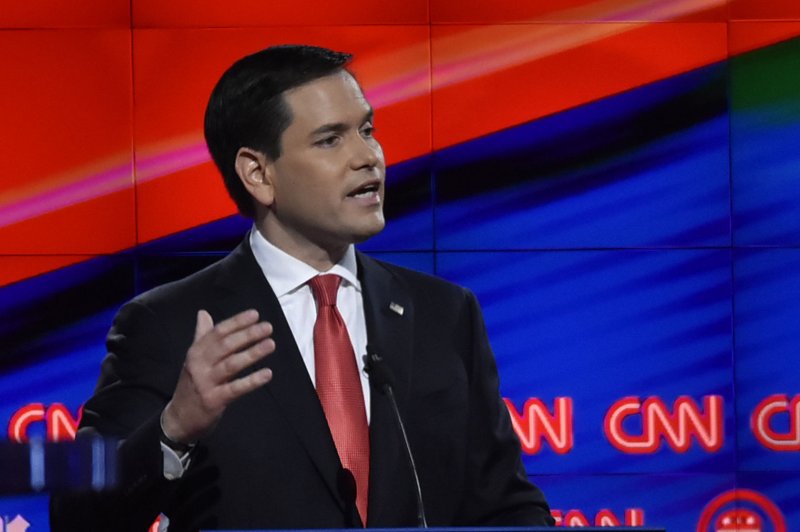 WASHINGTON, Nov. 16 (UPI) -- As President-elect Donald Trump prepares to move into the White House, Republicans have rattled off a list of Obama administration projects they want overturned, including scaling back relations with Cuba.

In recent days, GOP lawmakers have mentioned a host of items they want Trump to jump on -- from President Barack Obama's signature healthcare law to the Iran nuclear pact to the next Supreme Court justice.

Now, throw Cuba into the mix.

Sen. Marco Rubio, R-Fla., once a Trump rival for the GOP nomination for president, said Tuesday he's hoping the controversial billionaire will act quickly and scrap Obama's efforts to improve the long-frigid diplomatic relations with Cuba.

Obama's administration began working to improve U.S.-Cuba relations many months ago, producing a number of results -- including renewed business access and passenger travel between both nations, and an easing of U.S. sanctions against the Caribbean country. In March, Obama also became the first sitting president to visit Cuba in 88 years.

The new working relationship is a far cry from the decades of radio silence, political confrontation and military saber-rattling that defined U.S.-Cuban diplomacy during the Cold War.

Now, though, it seems that some in the Republican Party might view those as the good ol' days.

"By any objective measure, President Obama's unilateral policy changes have failed, and they are not in the best interest of the American people or the people of Cuba," the junior senator said in a statement Tuesday. "Rolling back President Obama's one-sided concessions to the Castro regime, a key campaign promise shared with President-elect Trump, will be a top priority for me next year."

President Barack Obama and first lady Michelle Obama wave goodbye as they board Air Force One at Joint Base Andrews near Washington, D.C., on their way to Cuba on March 20. The trip was the first for a sitting U.S. president in 88 years, and was a major part of Obama's desire to restore diplomatic relations with the Caribbean island nation. Pool photo by Martin H. Simon/UPI

Rubio, who met with Fariñas in Washington on Wednesday, isn't alone in opposing improved relations with Cuba. A good number of Cuban-Americans are also against rekindling ties with what they view as an oppressive government that has a poor track record on human rights.

"I have faith that President Trump will be better for the people of Cuba and press the cause of freedom and democracy," Fariñas told Fox News. "Let's just say no one can possibly be worse than Barack Obama has been for our cause."

During his campaign, Trump said he planned to revoke Obama's executive orders regarding Cuba unless Castro's regime took steps to make substantial reforms on human rights.

The Cuban-American National Foundation, an organization that opposes Castro and calls for a free Cuba, said in September that there will be no investment in Cuba without major reforms.

"Despite the U.S. government's efforts to promote a better environment for U.S. investments in Cuba and direct engagement with the Cuban people, a multitude of American investors have gone to Cuba and realized that the current economic model is not conducive to foreign investment or trade," CANF said. "There exists no possibility of meaningful, economic investment in Cuba or the achievement of sustainable development until there are deep structural reforms; reforms that the Castro government has refused to undertake."

Sen. Robert Menendez, D-N.J., a supporter of Hillary Clinton, said he is also curious to see what Trump will do on this issue.

"It depends on which Donald Trump shows up -- the Donald Trump who said earlier in his campaign that he thinks it was good to engage Cuba, or the Donald Trump toward the end of the campaign who said he'd consider rolling back much of what Obama did unless there's advantage for the Cuban people," he told Fox News Wednesday.

Chad Olin, a Harvard Business graduate who has worked for years to establish trade in Cuba, wonders what he's in for with Donald Trump in the White House.

"I am still trying to think about what this means for my business that I spent literally the last two years working on, setting up something that was going to be perfect for an open market," he told The New York Times. "If we go back to the old way, I don't know if I have a business. It's a huge blow."

U.S. News // 14 hours ago
Poll: Majority of Americans want 2020 winner to pick Ginsburg's replacement
Sept. 25 (UPI) -- A majority of Americans believe whoever is elected president in November should be the one to nominate the jurist to replace Ruth Bader Ginsburg on the Supreme Court, a poll released Friday found.

U.S. News // 19 hours ago
St. Louis Fed chief: Good Q3 would put U.S. near 'sort of full recovery'
Sept. 25 (UPI) -- The U.S. economy has bounced back surprisingly quickly from the shock of the COVID-19 pandemic and could be within reach of a greater recovery by the end of the year, one Federal Reserve president says.