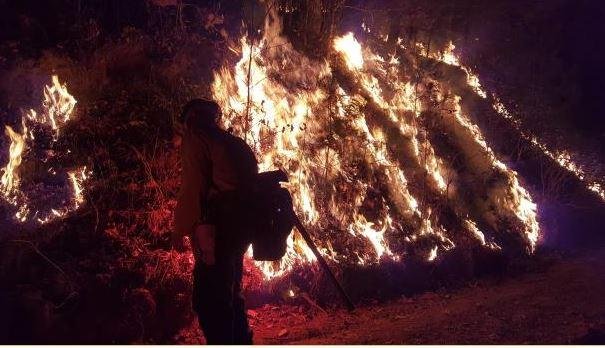 RALEIGH, N.C., Nov. 14 (UPI) -- A number of wildfires burning across North Carolina continued to exhaust firefighters on Monday, having burned about 50,000 acres so far and triggering the evacuations of thousands -- and officials say it could take months to put them all out.

The Party Rock Fire grew in intensity and mandatory evacuations of about 1,000 people were ordered for part of Chimney Rock in Rutherford County near Lake Lure, joining mandatory orders in five other North Carolina counties.

The blaze, which began Saturday, grew to nearly 3,500 acres by Monday and was only 15 percent contained, according to InciWeb, the national incident information system for wildfires.

Around 1,400 firefighters were working to contain 15 wildfires in western North Carolina that have together consumed 46,803 acres, according to the National Forest Service.

RELATED U.K. sinkhole forces about a dozen homes to evacuate

Crews took a major step forward Monday, as air tankers and helicopters were allowed to fight the fire after being grounded due to visibility concerns.

The governor added that it could take until March, at the latest, to have all the flames extinguished.

RELATED 13 killed in fire at clothing factory in Sahibabad, India

McCrory has declared states of emergency for 25 counties in the western part of the state, and FEMA has pledged financial assistance.

Rain fell on much of the state Sunday, but didn't amount to much in the areas affected by the fire.

"Unfortunately, for the mountains, the system coming up from the south to give central North Carolina some rain will stay east of the wildfires. Nothing more than a sprinkle out west, so that won't help matters at all," said WNCN Meteorologist Bill Reh said Sunday.

The largest blaze is the Tellico Fire, covering 13,676 acres through Monday morning.

Firefighters are also contending with a rockslide. Officials closed a 10-mile section of U.S. 19/74 in the Nantahala Gorge, saying the Tellico Fire could cause rocks and debris to fall.

By Monday morning, the Boteler Fire, east of Hayesville, was covering 8,695 acres and was 37 percent contained, up from 23 percent the day earlier. Clay County evacuations associated with that fire were lifted Sunday. The fire started Thursday.

The other big fire is the Maple Springs Fire (7,177 acres, 15 percent contained).

U.S. News // 53 minutes ago
Spirit Airlines vows to learn from disruptions, flight cancellations
Aug. 4 (UPI) -- In an effort to reboot its system, Spirit Airlines canceled more than 340 flights on Wednesday after canceling more than 1,000 flights since Sunday. 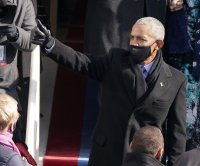 U.S. News // 3 hours ago
Job growth in U.S. private sector weakened in July, economic report says
Aug. 4 (UPI) -- The U.S. economy added more than 300,000 private-sector jobs during July, a monthly report said Wednesday -- but it was only about half the total that most analysts were expecting.

U.S. News // 5 hours ago
Kroger to open ghost kitchens at U.S. grocery stores this fall
Aug. 4 (UPI) -- The largest grocery store chain in the United States announced on Wednesday that it's teaming up with a startup to place ghost kitchens in some supermarkets, starting this fall.