A Russian diplomat said his government had regular meetings with members of President-elect Donald Trump's campaign. A spokeswoman for Trump denied the claim. Photo by John Angelillo/UPI | License Photo

WASHINGTON, Nov. 10 (UPI) -- A prominent Russian diplomat told Russian media that members of their foreign ministry had regular contact with members of the Trump campaign, conflicting earlier denials by President-elect Donald Trump of any contact with the country.

Ryabkov told state-run Interfax news agency "there were contacts" with the Trump campaign, as well as "sporadic" contact with the Hillary Clinton campaign.

"Obviously, we know most of the people from his entourage," Rybakov said, according to The Washington Post. "Those people have always been in the limelight in the United States and have occupied high-ranking positions. I cannot say that all of them but quite a few have been staying in touch with Russian representatives."

Hicks denied the report, telling the Post "this is false." She also told Bloomberg she was "unaware" of any such meetings between Trump campaign staff and members of the Russian government.

Trump faced criticism from Clinton and Democrats during the campaign for his repeated praise of Russian President Vladimir Putin. The FBI investigated the Trump campaign's ties to Russia, including the existence of a secret server located in Trump Tower that appeared to have been contacted regularly by two other servers belonging to a Russian bank and Trump's former campaign manager Paul Manafort, who has long ties to Russian-backed politicians in Ukraine.

The FBI concluded the ties were not sufficient enough to warrant further investigation.

The fact the Justice Department also charged the Russian government was behind plots to hack Democratic institutions in an effort to damage Clinton's campaign. The Russian government is believed to be behind hacking of the Democratic National Committee and Clinton campaign chairman John Podesta. Emails from both were later leaked to WikiLeaks, which published them, to the chagrin of the Clinton campaign. 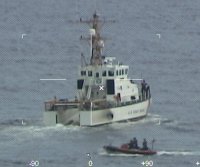 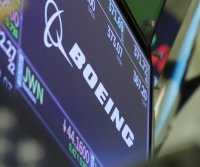