Clinton and Trump are separated by just 2.58 points in UPI and CVoter's final daily tracking poll of the presidential election. 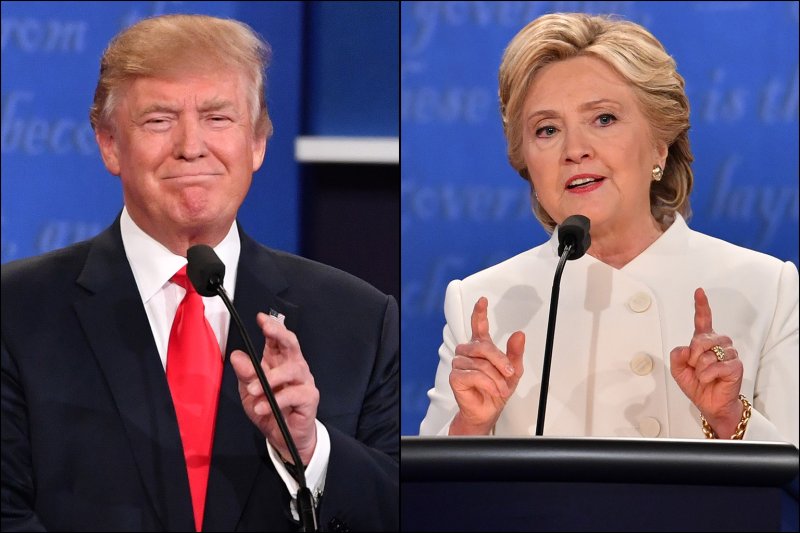 The two candidates have stayed similar positions for more than a week -- Clinton hovering around 49 percent and Trump between 46 percent and 47 percent.

Despite shifts of between one-tenth of a point and as many as three points, Clinton has relatively consistently led Trump by at least half a point for weeks.

The UPI/CVoter daily tracking poll surveys about 200 people per day, leading to an average sample size of 1,400 people or more during a seven-day span. During the last seven-day period, dating from Nov. 1 to Nov. 7, pollsters interviewed 2,354 people, of which 1,728 are expected to be likely voters.

U.S. News // 15 hours ago
'Lifetime' Oath Keepers member first to plead guilty in Jan. 6 Capitol attack
April 16 (UPI) -- Jon Schaffer, a member of the Oath Keepers, will be the first Capitol rioter to plead guilty to charges for his role in the Jan. 6 attack, according to court documents.

U.S. News // 19 hours ago
Eli Lilly asks FDA to revoke approval for use of antibody drug by itself
April 16 (UPI) -- Eli Lilly said Friday it's asked federal regulators to revoke emergency use authorization for lone use of its COVID-19 antibody bamlanivimab, as it develops a combination therapy with the drug it says is more effective.