Voters pick up their ballots at an early voting site at Miami Beach City Hall in Florida on October 24. In a Gallup poll, 71 percent of registered voters said the outcome of the presidential election matters more to them this year than it did in prior election years. Photo by Gary I Rothstein/UPI | License Photo

PRINCETON, N.J., Oct. 31 (UPI) -- Seven in 10 voters say the outcome of the 2016 presidential election matters more to them than previous elections, a percentage that hasn't changed much in the past three elections, a new Gallup poll indicates.

But voters previously were much less likely to believe the presidential elections meant much -- 47 percent in 2000 and 41 percent in 1996. In the 2000 election, George W. Bush won Florida by a little more than 500 votes in Florida to secure the presidency after the U.S. Supreme Court ruled 5-4 a recount of votes would end.

The added interest in the election runs parallel with voter turnout.

Voting interest depends on party affiliation and is higher for the party not currently in the White House.

Currently, 80 percent of Republicans and 69 percent of Democrats say the election's outcome matters more than in prior years as Democrat Barack Obama finishes his second term.

Results for the Gallup poll are based on telephone interviews conducted Tuesday and Wednesday with a random sample of 926 registered voters, aged 18 and older, living in all 50 U.S. states and the District of Columbia. The margin of error is 4 percentage points.

U.S. News // 5 hours ago
Rent, occupancy rates in U.S. rise to record level in November, study shows
Dec. 6 (UPI) -- Rent and occupancy rates for apartments in the United States rose to new heights in November, according to an analysis Monday, even as rental and housing markets enter the historically slow winter season. 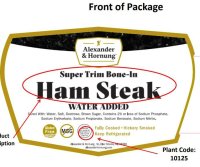