"We are completely uncomfortable with what we have learned," a CNN spokeswoman said Monday.

Interim chair of the Democratic National Committee Donna Brazile addresses delegates at the Democratic National Convention in Philadelphia in July. On Monday, CNN said in a statement that Brazile, a former commentator on the network, had resigned from that role on Oct. 14 after WikiLeaks published emails that appeared to indicate she may have received a question in advance of a Democratic primary debate in March. File photo by Ray Stubblebine/UPI | License Photo

ATLANTA, Oct. 31 (UPI) -- When political commentator Donna Brazile assumed interim leadership of the Democratic National Committee in July, she went from full-time to part-time contributor on CNN. Now, she won't work for the network at all.

CNN said in a statement Monday that Brazile resigned from her role with the network on Oct. 14, three days after WikiLeaks published an email indicating she received a question for a March 13 Democratic primary town hall event in advance -- and passed it on to the Clinton camp.

CNN's clarification followed more electronic communications published by WikiLeaks on Monday alleging Brazile did the same thing for another debate on March 6.

"We are completely uncomfortable with what we have learned about her interactions with the Clinton campaign while she was a CNN contributor."

Brazile responded on Twitter by saying, "Thank you CNN. Honored to be a Democratic Strategist and commentator on the network. Godspeed to all my former colleagues."

Regarding the debate questions, the acting DNC chairwoman on Monday pointed to a statement she made earlier this month after the first WikiLeak email was released that appeared to show she'd given the Clinton campaign the heads up on question about the Second Amendment.

"It's sad to get undermined by CNN who didn't ask me to appear yesterday on air. But, they released emails without giving anyone of us info," she said on Twitter Oct. 12.

"In good conscience, I called CNN to discuss this terrible episode. But the rush to distract has been too great," she said in another.

At that time, Brazile claimed that she had been fair to all Democratic candidates involved in the primary process and did not favor Clinton -- a claim substantiated by Bernie Sanders senior adviser Tad Devine.

"Donna Brazile reached out to me and the Bernie camp consistently during the primaries. She was fair and square with us," he tweeted on Oct. 12.

"Thanks Tad. Even if no one believes it now, I reached out to everyone, everyday and asked for advice and counsel during the primary," Brazile replied.

On Monday afternoon, Brazile tweeted a quote from Michelle Obama.

"When they go low, we go high!" she recited. 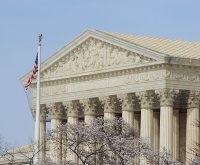 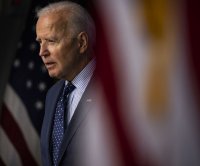