"I am sure they will reach the same conclusion they did when they looked at my emails for the last year -- there is no case here," Clinton told an audience in Ohio Monday.

Federal Bureau of Investigation Director James Comey testifies during a House Oversight and Government Reform Committee hearing on the FBI's investigation into Hillary Clinton's use of a private email system while serving as Secretary of State on July 7. Monday, Clinton told an audience in Ohio that the FBI should look at new messages it came across in an unrelated investigation linked to aide Huma Abedin because "there is no case." Photo by Kevin Dietsch/UPI | License Photo

WASHINGTON, Oct. 31 (UPI) -- With FBI Director James Comey under intense scrutiny for his sudden reevaluation of the Hillary Clinton email investigation, the U.S. Department of Justice promised Monday to make quick work of the review as swing voters are running out of time to weigh both candidates.

Assistant Attorney General Peter Kadzik sent a letter Monday to the most senior Democrat in the U.S. Senate, former President pro tempore Patrick Leahy, as well as other members of the upper chamber who have asked for an explanation as to why Comey is looking again at Clinton's private email use as secretary of state.

"We assure you that the Department will continue to work closely with the FBI and together, dedicate all necessary resources and take appropriate steps as expeditiously as possible," the letter said.

The Justice Department, FBI and Comey have been the target of criticism and outrage since it became known Friday that the bureau discovered new emails that could be pertinent to the investigation of Clinton -- which was completed this summer with no charges or any claims of wrongdoing from the FBI director himself.

Clinton, her campaign and other prominent Democrats were angered that Comey decided to take another look at the scandal without giving any reason why or details about the newly-found messages -- at a time when many swing voters are still trying to figure out who to cast their ballot for Nov. 8.

"I am sure a lot of you may be asking what this new email story is about and why in the world the FBI would decide to jump into an election with no evidence of any wrongdoing with just days to go," Clinton told supporters in Ohio, a key battleground state, on Monday. "That is a good question."

"For those of you who are concerned about my using personal email, I understand. And as I've said, I'm not making excuses. I've said it was a mistake and I regret it," she continued. "Now they apparently want to look at emails of one of my staffers. By all means, they should look at them. And I am sure they will reach the same conclusion they did when they looked at my emails for the last year -- there is no case here. And they said it wasn't even a close call."

Sources say Attorney General Loretta Lynch and others advised Comey last week against making the reexamination public by sending the letter to Congress -- as it conflicts with DOJ tradition of not making such investigative steps public within 60 days of an election, due to their potential to unjustly influence the vote.

The new emails were found by agents investigating the "sexting" scandal of former congressman Anthony Weiner, who is married to Clinton aide Huma Abedin. The FBI is presently trying to assess the messages' significance to its Clinton investigation, which examined whether she ever transmitted classified information over her private server while she was secretary of state.

The department's letter Monday was a response to widespread outcry over the way Comey went about announcing the potential new evidence. Some said his actions were troubling and unsettling, and allowed for "wild" speculation at the worst possible time -- in the days before the country elects its next president.

"I think people have decided a long time ago what they think about all this," Clinton said. "Now what people are focused on is choosing the next president and commander in-chief of the United States."

The White House on Monday said it will not defend or criticize Comey in the run-up to the election.

Additionally, the FBI director's actions may possibly go even further. Some in the government, notably Sen. Harry Reid, D-Nev., have said Comey may have broken the law.

"Your actions in recent months have demonstrated a disturbing double standard for the treatment of sensitive information, with what appears to be a clear intent to aid one political party over another," Reid wrote in a letter to Comey. "The double standard established by your actions is clear."

The Hatch Act of 1939 bars all government employees, with a certain few exceptions, from engaging in activity that can be categorized as political that affects the results of an American election.

In his letter, Reid asked why Comey had not similarly released information the FBI has about ties between Republican Donald Trump and the Russian government.

"The public has a right to know this information. I wrote to you months ago calling for this information to be released to the public. There is no danger to American interests from releasing it. And yet, you continue to resist calls to inform the public of this critical information," Reid wrote.

"By contrast, as soon as you came into possession of the slightest innuendo related to Secretary Clinton, you rushed to publicize it in the most negative light possible."

Reid's remarks reflect an abrupt about-face of opinion toward Comey by some Democrats, which has occurred within just a few weeks.

Comey was praised by many in the party in July when he said the email probe found no wrongdoing by Clinton and recommended no charges against her. Much of that praise had been entirely recalled by the last day of October.

"Please keep in mind that I have been a supporter of yours in the past. When Republicans filibustered your nomination and delayed your confirmation longer than any previous nominee to your position, I led the fight to get you confirmed because I believed you to be a principled public servant," Reid wrote.

"With the deepest regret, I now see that I was wrong." 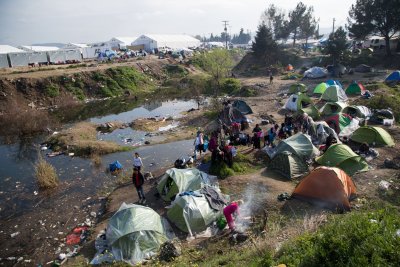