House Speaker Paul Ryan, R-Wis., speaks during his weekly press conference on Capitol Hill. Ryan was one of several prominent Republcians to distance themselves from GOP nominee Donald Trump after a lewd video of him talking about women was released. Photo by Pete Marovich/UPI | License Photo

WASHINGTON, Oct. 8 (UPI) -- Republicans from across the ideological spectrum moved quickly to distance themselves from Donald Trump after a tape was released of the GOP nominee describing in vulgar terms his desire to "grab" women who he said allow it because he is famous.

Several prominent Republicans -- including those locked in their own tight elections -- have said Trump should leave the race and allow the party to select a new nominee with just four weeks to go before Election Day and with early ballots already being cast in several states.

And while scores of Republicans have rebuked their party's nominee, some of the most prominent ones have stopped short of calling for him to exit the race.

Trump himself conducted a round of media interviews Saturday in the wake of the tape's release, telling multiple media outlets he has no plan to quit the race, one he still believes he will win, despite boasting of forcing himself on married women in shockingly misogynistic language.

Republican National Committee Chairman Reince Priebus, who spent much of the summer urging the party faithful to rally around the controversial nominee, condemned the remarks but did not call on Trump to leave the race.

"No woman should ever be described in these terms or talked about in this manner. Ever," he said.

Politico reported the RNC's legal team was weighing whether it was possible to replace a nominee this late in an election cycle, though it was roundly agreed the only way to do it would be with Trump agreeing to quit, which the nominee told The Wall Street Journal there is "zero chance" he will do.

Trump issued a statement in response to the video's release by the Washington Post on Friday saying he was "sorry if people were offended," then put out a video just after midnight, offering an unqualified apology for what he said.

House Speaker Paul Ryan, who had invited Trump to a campaign event on Saturday, rescinded the invitation and said Trump's remarks "sickened" him.

"I hope Mr. Trump treats this situation with the seriousness it deserves and works to demonstrate to the country that he has greater respect for women than this clip suggests," Ryan said.

The party's other congressional leader, Sen. Mitch McConnell, took the same tack, distancing himself from Trump's comments while declining to say whether he should leave the race.

"As the father of three daughters, I strongly believe that Trump needs to apologize directly to women and girls everywhere, and take full responsibility for the utter lack of respect for women shown in his comments on that tape."

Others in the GOP were not as circumspect about their loyalties.

Arizona Sen. John McCain, the party's 2008 presidential nominee who is up for re-election, withdrew his support Saturday, a day after issuing a stern rebuke.

"I have wanted to support the candidate our party nominated," McCain said. "He was not my choice but as a past nominee, I thought it important I respect the fact that Donald Trump won a majority of the delegates by the rules our party set. I thought I owed his supporters that deference."

But, McCain said, Trump's "demeaning comments about women and boasts of sexual assaults, make it impossible to offer even conditional support for his candidacy."

Instead, McCain said he and his wife, Cindy, will write in another Republican on their ballots.

New Hampshire Sen. Kelly Ayotte, one of the party's most prominent elected women, who is also facing a tough re-election campaign, said she could no longer support her party's nominee -- and would show it by writing in his running mate, Indiana Gov. Mike Pence, for president.

Some of the harshest criticism came from Republicans in the most conservative states.

Sen. John Thune of South Dakota, the No. 3 Republican in the Senate, announced he had rescinded his endorsement of Trump and called on him to leave the race.

"Donald Trump should withdraw and Mike Pence should be our nominee effective immediately," Thune said on Twitter.

Sens. Mike Crapo of Idaho and Mike Lee of Utah also called on Trump to drop out.

In a sign of the high wire nature of the GOP's response, Rep. Joe Heck, a Republican running neck-and-neck for an open Senate seat in the state, announced he would no longer back Trump's campaign -- and was met with some angry boos from diehard Trump supporters at a rally.

Rep. Jason Chaffetz of Utah, a leading critic of Clinton in Congress, offered a blunt response when asked in a television interview if he's still endorsing Trump. 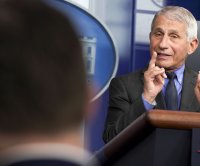 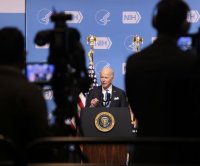