Woman pilot gets Arlington funeral for all WASPs

Elaine Danforth Harmon, who died in April, was finally buried in Arlington National Cemetery on Wednesday, 70 years after she served her country and four years after she and her fellow pilots lost the right to be interred there.

In 2002, WASPs won the right to have their ashes placed at Arlington, but the Army, which manages the cemetery, revoked those rights last year.

About 1,100 women served as WASPs during World War II. With male pilots in short supply early in the war, women volunteered to ferry new planes to their bases in the United States, towed aerial gunnery targets and flight-tested repaired planes before they were returned to service.

In all, 38 WASPs were killed during their service — 11 in training and 27 on missions.

On Wednesday, McSally and Iowa Republican Sen. Joni Ernst stood with Harmon's family. Ernst, who served in the Army Reserve and the Iowa National Guard, supported McSally's bill in the Senate.

During a flyover during the funeral, McSally stood and watched with Harmon's fellow WASPs.

"Brings back memories," the congresswoman said. "It does," one WASP agreed.

While hundreds of people surrounded Harmon's urn at the graveside, McSally sat in the front row with the Harmon family.

"The airplane doesn't care if you're a boy or a girl. They just care if you know how to fly and shoot straight eventually," McSally said at a reception afterward at Arlington's Women in Military Service for America Memorial.

"This was not an easy transition. There was a lot of hostility and people who wanted us to fail," the congresswoman said of the effort to restore the WASPs' rights.

But McSally described how supportive her colleagues were.

"I said, 'Carlos, I'm so happy you care about this issue but only one person can take the lead — do you have wings and ovaries?' " she said of a conversation on the House floor with Rep. Carlos Curbelo, R-Fla.

[Women Pilots Want to be Buried at Arlington, Too]

"I'm definitely the only member of Congress that has a bill on somebody's arm," McSally joked, pointing to the tattoo on daughter Terry Harmon's arm that read "HR 4336."

Terry Harmon thanked the crowd "for making a fuss. My mother and all the WASPs deserve this honor."

Granddaughter Tiffany Miller added, "She was – as you may have figured out already – not your typical grandmother. I mean, she flew planes in World War II."

U.S. News // 4 hours ago
Rochester officer faces discipline for role in Black man's death
Sept. 25 (UPI) -- A Rochester, N.Y. police officer faces charges stemming from the death of a Black man who died while being taken into custody. 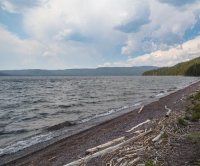 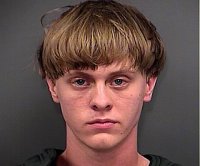 U.S. News // 13 hours ago
Appeals court refuses en banc review of Dylann Roof death sentence
Sept. 25 (UPI) -- A federal appellate court has refused to have its full panel of judges hear the appeal of his death sentence for the murder of nine people at a Charleston, S.C., in 2015.