Donald Trump gives the thumbs up during a speech in Arizona last week. On Tuesday, Trump received the endorsesment of 88 retired military leaders. Photo by Art Foxall/UPI | License Photo

WASHINGTON, Sept. 6 (UPI) -- Donald Trump on Tuesday received the backing of 88 retired Army generals and Navy admirals, giving his campaign a boost in a week of the campaign likely to center around national security.

Trump has faced intense scrutiny from his opponent, Hillary Clinton, over his readiness to serve as commander in chief of the armed forces. National security will be the focus of the first major television event of the general election campaign on Wednesday, when NBC hosts a "commander-in-chief forum" where the two candidates will answer questions from members of the military.

The group of former military leaders signed a joint letter stating Trump is the best choice for the role, citing foreign policy and military failures in the Obama administration.

"The 2016 election affords the American people an urgently needed opportunity to make a long overdue course correction in our national security posture and policy," the letter states. "As retired senior leaders of America's military, we believe that such a change can only be made by someone who has not been deeply involved with, and substantially responsible for, the hollowing out of our military and the burgeoning threats facing our country around the world. For this reason, we support Donald Trump's candidacy to be our next commander in chief."

Retired Lt. Gen. Michael T. Flynn, who has been advising the Trump campaign and was on the candidate's list of potential running mates, said the group of retired military officials came about organically, as they reached out to the campaign to offer counsel and support.

"We had to stop accepting names because we were running out of time," Flynn told The New York Times. "These were people that have been passing us ideas from national security to education ideas."

While Trump received endorsements from top brass, a study by Fortune magazine of campaign donations through the initial months of the general election showed the Army and Navy were among the top employers listed on individual contributions to his campaign.

Trump, in a statement, thanked the signatories for their endorsement.

"I thank each of them for their service and their confidence in me to serve as commander in chief. Keeping our nation safe and leading our armed forces is the most important responsibility of the presidency," Trump said.

U.S. News // 36 minutes ago
Archbishop denies House Speaker Pelosi communion over abortion stance
May 20 (UPI) -- The head of the Archdiocese of San Francisco told House Speaker Nancy Pelosi on Friday that she may no longer receive communion over her stance on abortion. 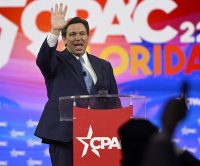 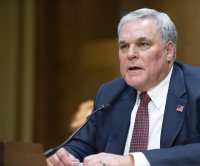 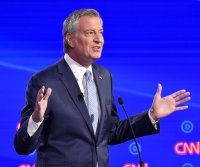 U.S. News // 6 hours ago
ATF: Privately made firearms make it harder to reduce illegal access to guns
May 20 (UPI) -- Increased output by gun manufacturers as well as privately made firearms drove an exponential increase in firearms available in the United States over the past two decades, according to a new study.

U.S. News // 6 hours ago
Shooting 'like crazy' leaves two dead, eight wounded in Chicago
May 20 (UPI) -- A mass shooting on Chicago's north side Thursday night left two people dead and eight wounded. At least one person was arrested and a weapon was recovered, according to Chicago police.
Advertisement