Police shooter was prepared to ambush officers in Tennessee 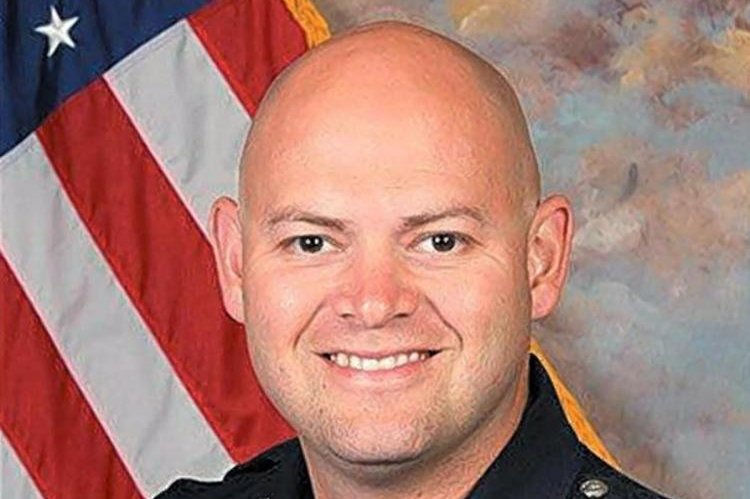 Maryvale, Tenn., police officer Kenny Moats was killed in the line of duty Thursday when he was shot by a man investigators said was prepared to ambush officers when they arrived at the scene of a domestic dispute he caused at his father's home. Photo courtesy Maryvale Police Department

MARYVALE, Tenn., Aug. 27 (UPI) -- The man allegedly responsible for fatally shooting a Tennessee police officer had written a note blaming law enforcement and his family for his "misfortune" -- and appeared prepared to ambush officers responding to a domestic disturbance he created.

Brian Keith Stalans, 44, of Maryvale, Tenn., was holed up in his father's garage with a .44-caliber pistol when two police officers arrived after Stalans' father and girlfriend called 911 to report he had fired a round into their home during an argument.

The New York Daily News reports Stalans had set off a domestic disturbance with his father earlier in the day, to which officers responded, but did not arrest Stalans, citing a lack of physical evidence a crime had been committed and the father's statement he did not want to press charges.

Stalans had an active order of protection against him from another county and was legally not allowed to possess firearms due to an unspecified notation in the national crime database. After police left Stalans' father's residence the first time, Stalans allegedly cut a lock to a gun case in the home's attic, removed the pistol and drove to a store to purchase ammunition.

Moats was among the first two officers to arrive at the home after the second 911 call and with his gun drawn was attempting to take cover behind his patrol car when Stalans opened fire.

Blount County Sheriff James Berrong said he wished officers could "turn back the clock" to their initial encounter with Stalans and take him into custody to prevent the second fatal run-in from happening.

Berrong said Stalans had created a barricade in the home's basement and was preparing to ambush officers when they arrived. He said investigators found a note Stalans had written explaining his actions.

The letter "blamed the Blount County Sheriff's Office and his family for his misfortune and told them 'bye,'" Berrong said.

Stalans has been charged with criminal homicide, which could make him eligible for the death penalty under Tennessee law.

U.S. News // 10 hours ago
Attempted murder suspect on the run still using dating apps
Jan. 29 (UPI) -- A Nevada man accused of attempted murder and torturing a woman in Oregon is on the run and still active on dating sites, police say.

U.S. News // 14 hours ago
6 killed, more injured in New York bus crash
Jan. 29 (UPI) -- Six people are dead and another three are injured after a box truck and a bus collided head-on in New York.

U.S. News // 14 hours ago
Jewish family sues NYC's Guggenheim Museum seeking return of Picasso painting
Jan. 29 (UPI) -- A Jewish family has filed a lawsuit against the Guggenheim Museum in New York City seeking the repatriation of an iconic painting by Pablo Picasso that they allege was sold to allow the family to escape Nazi Germany.