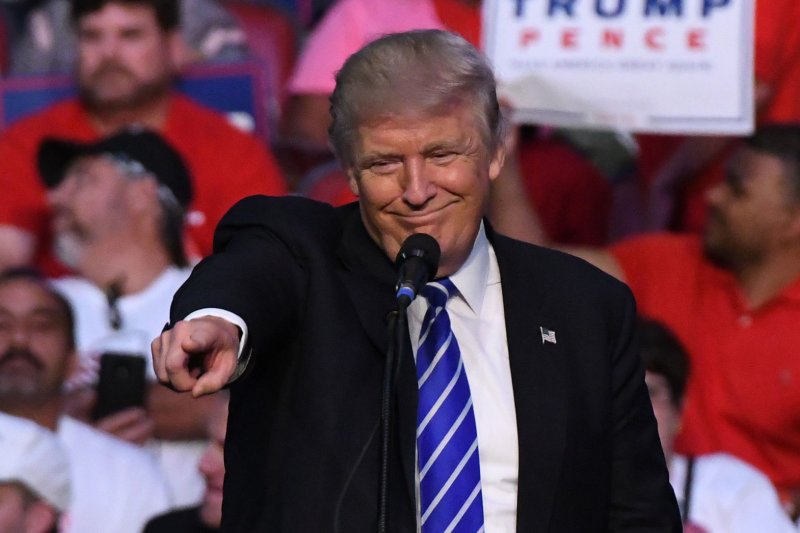 The Trump campaign said the group will advise the nominee on a range of issues relevant to rural, agricultural communities and states where farming is a significant portion of the economy.

"The members of my agricultural advisory committee represent the best that America can offer to help serve agricultural communities," Trump said in a statement. "Many of these officials have been elected by their communities to solve the issues that impact our rural areas every day. I'm very proud to stand with these men and women, and look forward to serving those who serve all Americans from the White House."

In all, 64 people were named to the committee, including Trump's former primary rivals Rick Perry and Jim Gilmore.

U.S. News // 5 hours ago
Arkansas aims to be the next to lift mask order
March 7 (UPI) -- Arkansas Gov. Asa Hutchinson said he aims to deliver his state an "off-ramp" to COVID-19 restrictions, by removing penalties last month and lifting the mask order by March 31 if it meets certain requirements.

U.S. News // 14 hours ago
Developing weather pattern could ignite severe weather in U.S.
March 7 (UPI) -- AccuWeather forecasters warn that residents of Central and Southern states should keep a close eye on the weather forecast in the coming days as potentially tumultuous changes can be on the way.