Hillary Clinton and Tim Kaine wave to supporters as a cascade of balloons fall from the roof of Wells Fargo Center in Philadelphia. On Thursday, Clinton made history becoing the first female nominee of a major political party. Photo by Pete Marovich/UPI | License Photo

Democratic presidential nominee Hillary Clinton receives a hug from her daughter Chelsea as they move through the balloon drop at the conclusion of the Democratic National Convention in Philadelphia. Photo by Pat Benic/UPI | License Photo

PHILADELPHIA, July 29 (UPI) -- Seeking to lead a nation that is "clear-eyed about what we are up against" but unafraid of the challenge, Democrat Hillary Clinton made history Thursday, becoming the first woman to accept the nomination of a major political party for president of the United States.

In her roughly hourlong speech, Clinton repeatedly returned to her campaign's overarching theme, that Americans are "stronger together." In so doing, she offered a full-throated rebuke of her opponent, Republican Donald Trump, who, one week earlier said, "I, alone, will fix our problems."

"That should set off alarm bells for all of us. Really? I alone, can fix it?" Clinton asked. "Isn't he forgetting troops on the front lines? Police officers and firefighters who run toward danger? Doctors and nurses who care for us? Teachers who change lives? Entrepreneurs who see opportunity in every problem? He's forgetting every last one of us. Americans don't say 'I alone will fix it.' We say 'we will fix it together.'"

Clinton, the former first lady, senator and secretary of state who Americans have referred to by first name for more than 25 years -- with both affection and skepticism -- presented a softer, more personal side of herself in her address.

Clinton was introduced by her daughter, Chelsea, who called her mother "a listener and a doer."

"She's a woman driven by compassion, by faith, by a fierce sense of justice and a heart full of love," Chelsea Clinton said.

An eight-minute biography video showed the candidate speaking about her childhood and her mother, Dorothy, who was abandoned at the age of 4 and forced to survive adolescence on her own.

RELATED What's next for Sanders backers? Replace the entire Congress

Clinton said her mother's example inspired a lifelong will to work for the disadvantaged. She recounted a story of visiting homes while researching why more children were counted in the census than were enrolled in school. Clinton said she came to a home where a young girl in a wheelchair was left home alone.

"She told me how badly she wanted to go to school -- it just didn't seem possible. And I couldn't stop thinking of my mother and what she went through as a child," Clinton said. "It became clear to me that simply caring is not enough. To drive real progress, you have to change both hearts and laws. You need both understanding and action."

Clinton addressed the lingering doubts some Americans have about her, saying her family story should serve as a window into her candidacy and her worldview.

"Through all these years of public service, the service has always come easier to me than the public part. I get it, that some people just don't know what to make of me. Let me tell you, the family I'm from, no one had their name on big buildings. They were builders of a different kind," Clinton said.

Clinton also spoke at length about her plans for the country, saying issues affecting average Americans most are stagnant wages and the lack of upward mobility. She pledged to fight for a higher minimum wage and to create more jobs through infrastructure investments and creating a clean energy economy.

At several points Clinton reached out to potentially disaffected supporters of her primary rival, Sen. Bernie Sanders. She pledged to oppose "unfair trade deals," "make college tuition-free for the middle class" and "get money out of politics" by overturning the Citizens United Supreme Court decision.

"To all of your supporters here and around the country I want you to know I've heard you," Clinton said of Sanders, who watched the address from a suite inside Wells Fargo Center. "Your cause is our cause. Our country needs your ideas, energy and passion. That is the only way we can turn our progressive platform into real change for America. We wrote it together, now let's go out and make it happen together."

She also continued attacks on Trump, who she said was trading on Americans' fear and economic anxiety. She said Republicans have gone from Ronald Reagan's "morning in America" to Trump's "midnight in America."

"He wants us to fear the future and fear each other. Well you know a great Democratic president, Franklin Delano Roosevelt, came up with the perfect rebuke to Trump more than 80 years ago during a much more perilous time. 'The only thing we have to fear is fear itself.'"

Clinton said she believes Americans are poised to fight for prosperity and justice for all citizens and the estimated 11 million undocumented individuals.

"We are clear-eyed about what our country is up against, but we are not afraid. We will rise to the challenge just as we always have. We will not build a wall, instead we will build an economy where everyone who wants a good job can get one. And we'll build a path to citizenship for millions of immigrants who are already contributing to our economy."

Clinton did not dwell for long on the historic nature of her candidacy as the first woman to earn either major party's nomination, except to say she was proud of the fact other women would find inspiration in it.

U.S. News // 2 hours ago
Neera Tanden withdraws nomination as budget director
March 2 (UPI) -- Neera Tanden withdrew her name from consideration to be director of the Office of Management and Budget after facing scrutiny over her past tweets critical of lawmakers, President Joe Biden announced Tuesday.

U.S. News // 15 hours ago
Wray: Social media was one of the catalysts for Jan. 6 attack
March 2 (UPI) -- The head of the Federal Bureau of Investigation appeared in the Senate on Tuesday to testify about the Jan. 6 attack on the U.S. Capitol -- six months after he warned Congress about rising domestic extremism. 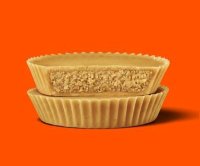